Common to the northern plains of Mars are rock and boulder strewn landscapes otherwise devoid of major features, short of a few impact craters. This image in the Cydnus Rupes region of northern Utopia Planitia is an excellent example of this sort of terrain.

Boulders up to several meters in size densely coat the landscape. The concentration of these boulders varies at several scales. In some areas only smaller rocks less than a meter across dominate the surface, while a couple hundred meters away may be a somewhat circular “blotch” of larger boulders. Often these blotches of boulders coincide with a faint circular ridge , the remnant of an impact crater now reduced by erosion and infilling to a a mere hint of a crater rim. The abundant boulders excavated by the impact, however, remain scattered over the surface to mark the past event.

Close examination of excavated large rocks and boulders may yield clues to the geologic processes that have shaped the regional landscape over Martian history. However, as a future landing site, these terrains are perilous. Large boulders can damage landing gear and puncture the underside of spacecraft. Rovers would find it extremely difficult to traverse through dense populations of large rocks and boulders. 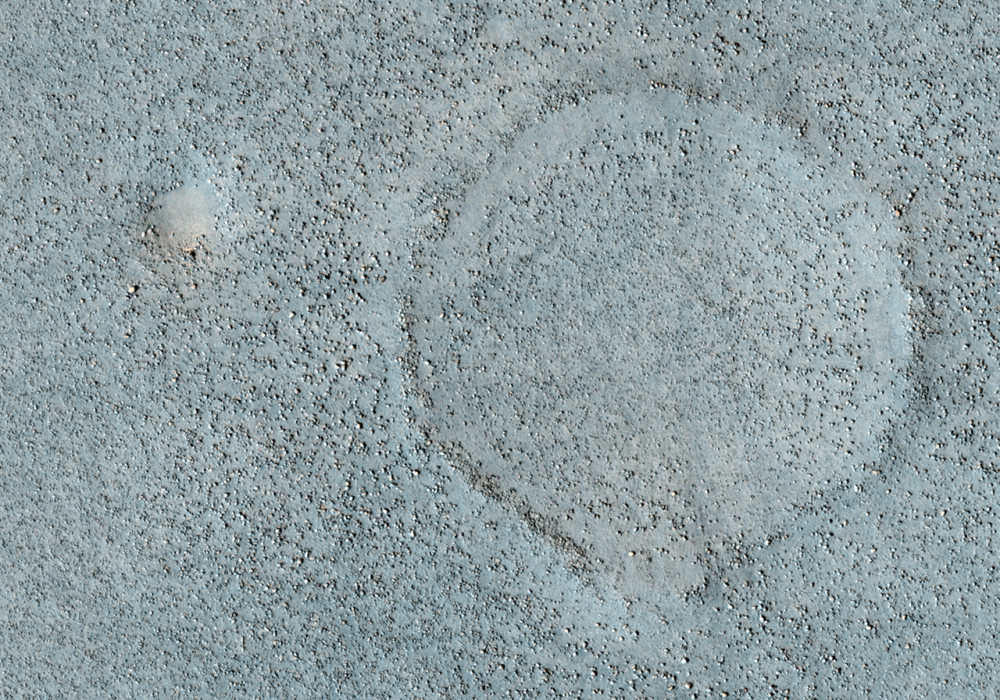