Boulder Tracks on the Slopes of Noctis Labyrinthus

This image spans the floor and two walls of a pit in Noctis Labyrinthus, a system of deep, steep-walled valleys on the western edge of Valles Marineris.

The valleys themselves are tectonic features known as graben – trench-like features that form in response to extension (or stretching) of the crust. In the case of Noctis Labyrinthus, volcanic activity in the Tharsis region may have formed a bulge, which then stretched and fractured the crust above it.

HiRISE has taken many images ( ESP_016845_1715 , ESP_015922_1720 , PSP_009474_1705 to name a few) in Noctis Labyrinthus to examine the light-colored layers on the valley floors, which may contain hydrated minerals (minerals with water bound in their molecular structure). This image was intended to look for any changes in the light-toned layers present in PSP_005400_1685 , which was taken one Mars year (about two Earth years) earlier.

The subimage focuses on one of the pit walls, where numerous boulder tracks criss-cross each other in a large patch of smooth, dust-covered terrain. Boulders leave linear patterns in the dust as they tumble down the steep slopes. 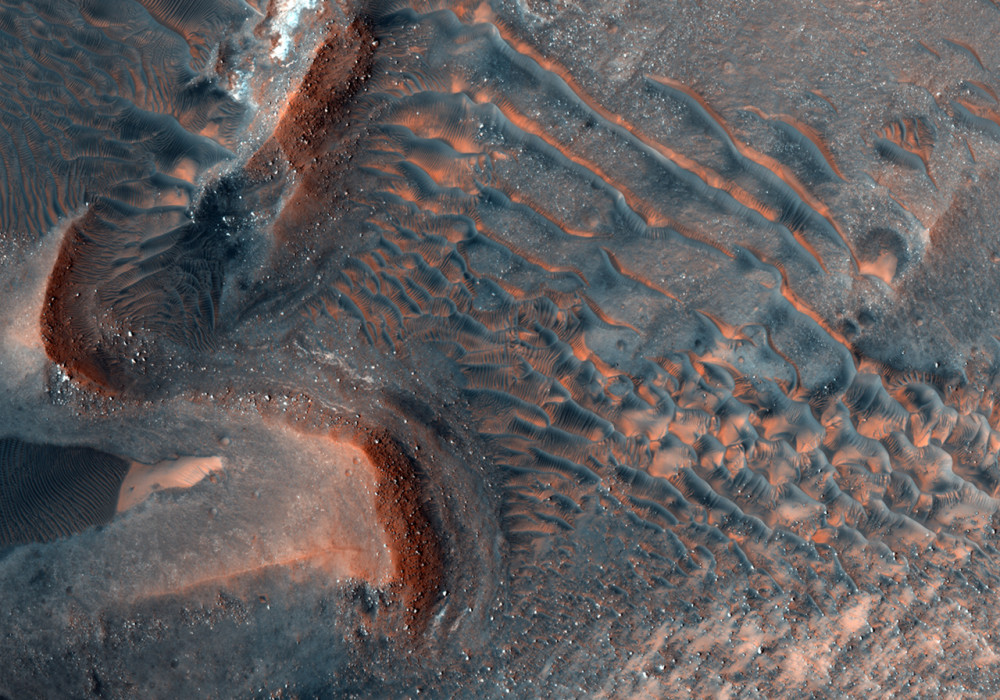