This image shows a degraded impact crater in the southern highlands. Part of the crater rim is visible at the top and bottom of the image, with the boulder-covered crater floor in the center.

The subdued appearance of the crater indicates that it has been highly modified since it formed. In the southern part of the crater floor a smaller impact crater overlies the larger crater. However, it too has been heavily eroded, such that it can only be identified by the circular pattern of boulders near the rim and the relatively boulder-free ejecta farther from the rim, which covers the boulder-rich floor of the large crater. The boulders in this image range in size from approximately 1 to 6 meters (20 feet).

Other craters in the region around this HiRISE image have a similar appearance (heavily modified with boulder-rich floors) as seen in this CTX image which covers this crater imaged by HiRISE, as well as a crater directly to the north. This indicates that the processes that have modified this crater are regional in nature.

The dark lines crisscrossing the whole image are dust devil tracks that are formed when dust devils move across the surface and pick up bright dust, leaving darker coarse material behind. The subimage shows dust devil tracks along with part of the boulder-rich rim of the smaller crater.
Written by: Anjani Polit   (7 July 2010) 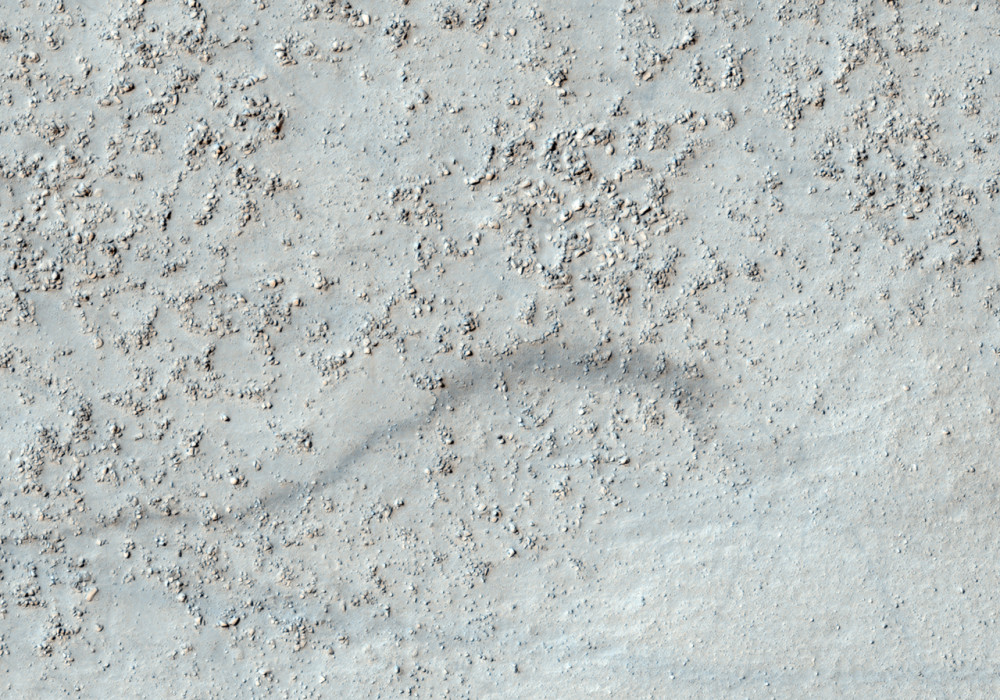