A boulder track is visible in the center of this subimage .

The track formed on the sloping wall of an impact crater when a rock bounced or rolled downhill leaving behind marks on the surface. In the full image, you can see its whole path, starting from a cliff to the east, from which it presumably originated. The boulder itself is visible as a brighter rock in the middle of the dark slope streak, where it finally came to a halt.

Slope streaks begin at a point, and it only takes a small disturbance at that point to initiate the streak, such as a dust devil or an impact crater . We have seen these streaks appear before , so this is an ongoing process on Mars. The streaks tend to start out dark and fade as they get older; we have even seen some that are lighter in color than their surroundings . Scientists think these are caused by dry avalanches of dust or sand falling downhill, revealing darker material underneath. The streaks are very shallow and don’t appear to disturb pre-existing features on the surface, like ripples, or in this case, the boulder tracks. This case is particularly interesting because the slope streak appears to have flowed around the boulder, leaving a patch of brighter material undisturbed in the lee of the rock. From this relationship, you can tell that the boulder must have fallen before the slope streak formed.

Thanks to the sharp-eyed HiRISE fan Daniel who brought this image to our attention! 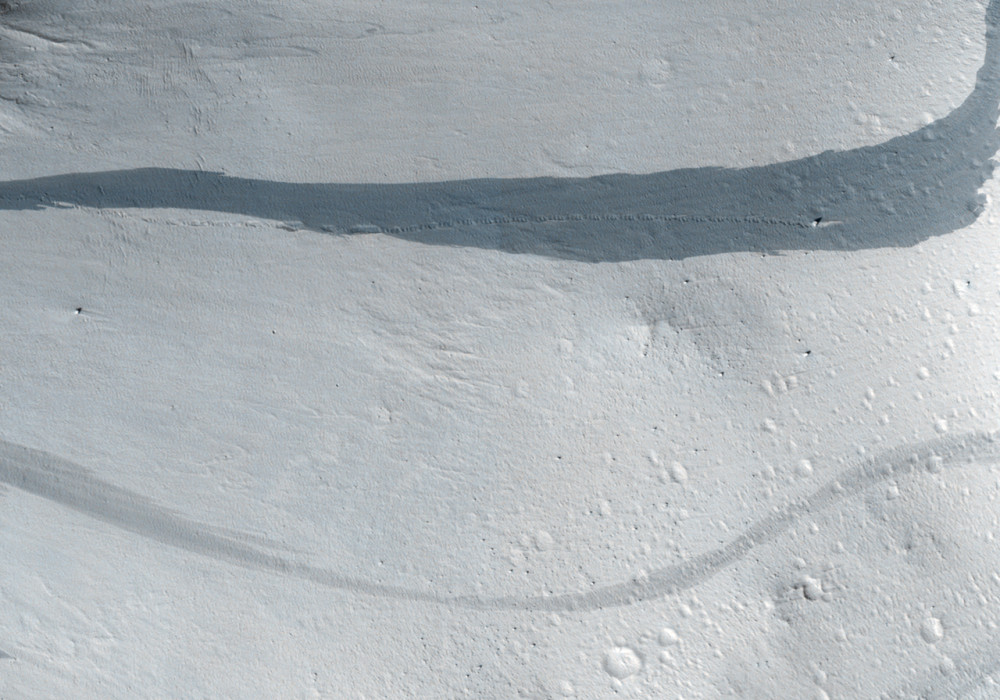