This image shows the distal end of a set of braided channels west of Hecates Tholus. Hecates Tholus, a volcano, is located in the northern hemisphere of Mars and is the northernmost of three volcanoes within Elysium Planitia.

The Elysium volcanoes are believed to have experienced a more diverse volcanic history than that of the Tharsis volcanoes. In addition to numerous lava flow units, several observed channels have been interpreted as both volcanic and fluvial in origin.

The braided channels in this image appear to have carved into young lava flows. Like braided rivers on Earth, they consist of a network of small channels, often separated by small streamlined islands. The morphology of the channels and the fact that they are braided and have streamlined islands has led to interpretations of a fluvial rather than a volcanic origin. Although the channels are heavily mantled by fine sediments, some appear to vary in depth. This, along with the presence of multiple channels, suggests that they may represent more than one episode of fluvial activity.

The water that potentially formed the braided channels may have been released due to igneous intrusions into ground ice or to the emplacement of lava flows on ice-rich terrain. Altogether, morphologies and landforms in the surrounding area indicate extensive volcano-ground ice interactions in the past. 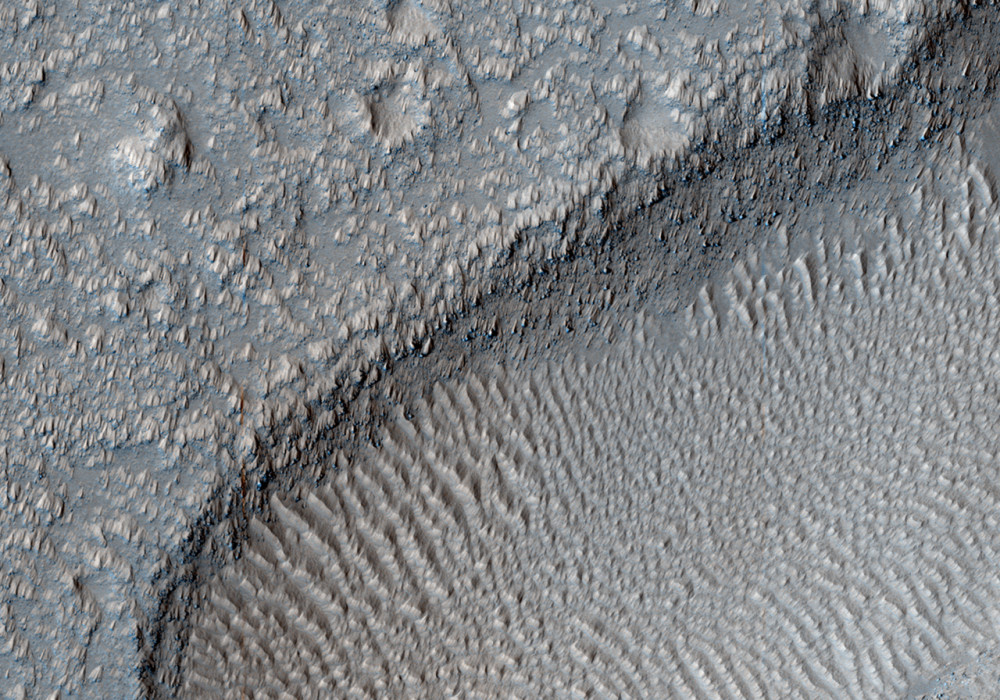