Transverse aeolian ridges (TARs) are commonly found throughout the Martian tropics, including rocky regions such as Syrtis Major that are largely devoid of dust.

These bright wind-blown ripples most often occur in simple sets of ridges with regular size and spacing . Typical TARs stand a few meters tall and have a wavelength (that is to say, separation) of 30 to 60 meters. HiRISE has not detected any changes among the TARs today, suggesting that they are inactive.

In this scene, we see TARs with a highly unusual morphology. Instead of single ridges, we see sets of small ridges that are separated by about 50 meters. The smaller ripples are spaced only 5 to 8 meters apart. Between the smaller ripples are even smaller striations that are perpendicular to the ridge crests with regular spacings of less than 2 meters.

This image raises a number of puzzling questions. Why are the ripples organized into two distinct wavelengths? Did the different wavelengths result from different processes or from different conditions? When did these wavelength-specific conditions or processes take place? Did they occur together, or did they alternate, or did one take place after the other? Were the processes depositional or erosional, or both?

The complexity of Martian TARs makes us think twice about any single explanation for their origin. 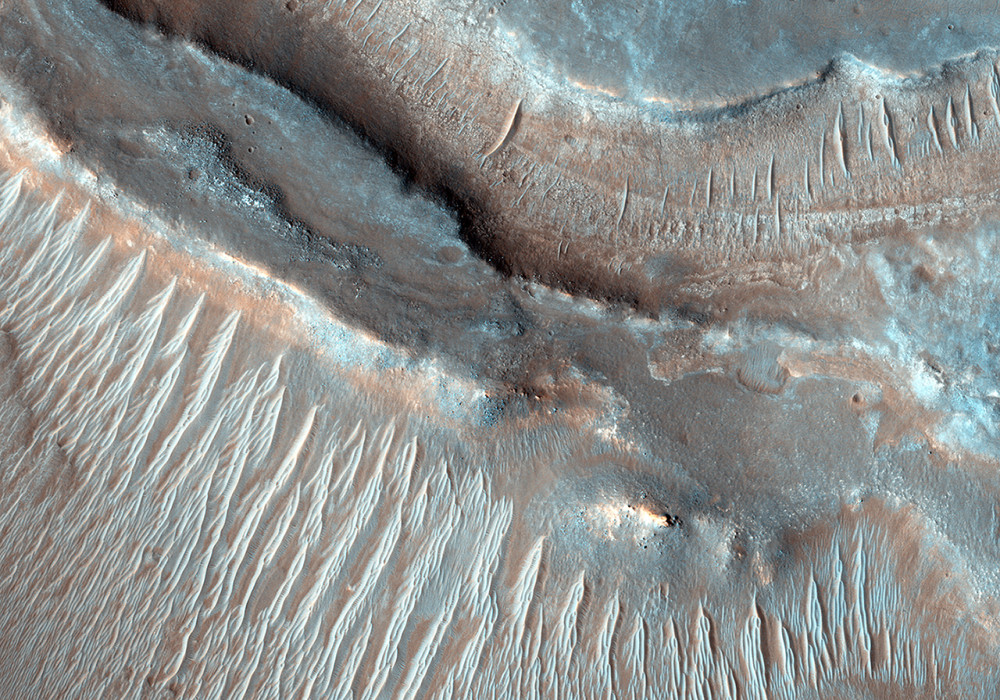