Branched Features on the Floor of Antoniadi Crater

The dark branched features in the floor of Antoniadi Crater look like giant ferns, or fern casts. However, these ferns would be several miles in size and are composed of rough rocky materials.

A more likely hypothesis is that this represents a channel network that now stands in inverted relief. The channels may have been lined or filled by indurated materials, making the channel fill more resistant to erosion by the wind than surrounding materials. After probably billions of years of wind erosion the resistant channels are now relatively high-standing. The material between the branched ridges has a fracture pattern and color similar to deposits elsewhere on Mars that are known to be rich in hydrated minerals such as clays.

The inverted channels have short, stubby branches characteristic of formation by groundwater sapping. Spring water seeps into the channels and undercuts overlying layers which collapse, so the channels grow headward. These images tell the story of an ancient wet environment on Mars, where life could have been possible. Ancient Martian life was most likely to consist of microorganisms rather than giant tree ferns. 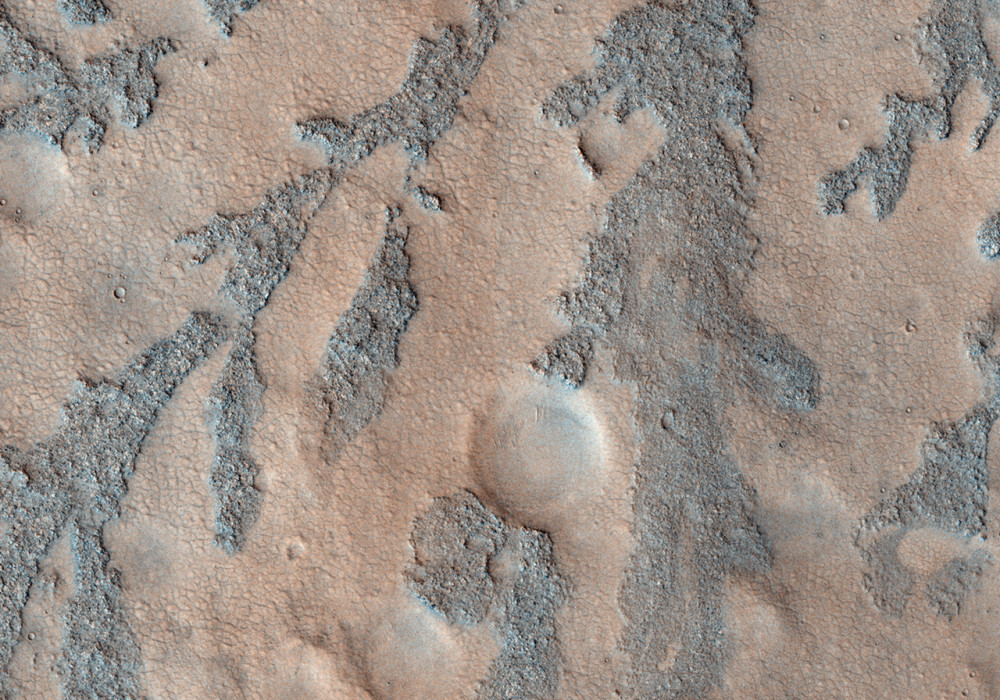