This HiRISE image shows a mixture of bright and dark terrain along the plains just West of Ganges Chasma.

The concentration of these bright patches adjacent to an old impact crater suggests that the bright patches could represent ejecta from when the crater formed. This would be an interesting discovery because it would mean that a different unit underlies the surface we now see. Alternatively, much of the plains in this region appear to have a dark surficial cover, probably aeolian debris. Where this darker debris has been removed by the wind, the underlying brighter substrate would be exposed.

Mineralogic information from the CRISM instrument would be very useful for determining if the bright patches contain minerals indicative of water, such as clays, or if they are basalts produced from volcanic eruptions. 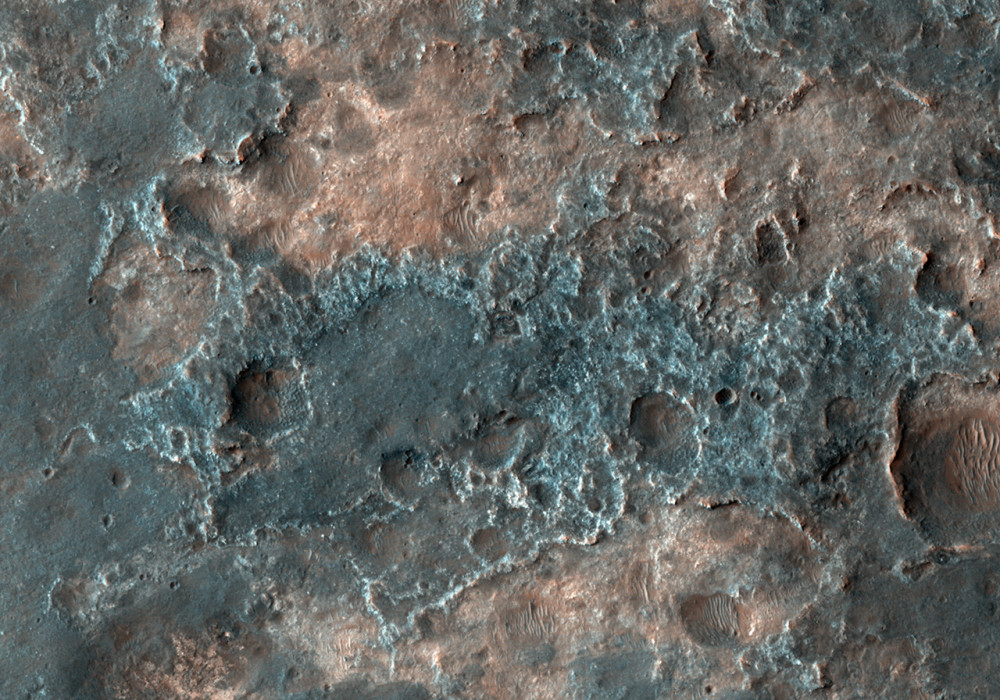