Some of the most ancient terrains of the Southern highlands of Mars comprise the Terra Cimmeria region, the location of this five-kilometer diameter impact crater.

Despite being part of an ancient landscape, the inner walls of this crater are dissected by apparently fresh gullies. Determining whether these gullies are indeed young (a few years or decades old) or are simply young from a geologic perspective (tens of thousands of years old) is one of the goals of the HiRISE team. HiRISE has been monitoring several locations to determine whether changes are seen in gullies such as these that exhibit associated bright (or dark) deposits. Changes in the extent or pattern of these deposits may indicate that gully forming processes are still occurring today.

Particularly notable bright deposits are located along the lower portions of some gully systems on the Eastern slope of the crater wall. Bright deposits line the floors and walls of the downslope portions of the gully systems and extend out into the terminal debris fans. In the most prominent system, a second fainter bright terminal debris fan lobe can be seen further downslope which may record an earlier period of gully activity. As these gullies demonstrate, Mars records a rich history of landforms likely resulting from water repeatedly flowing, flooding and eroding its surface. 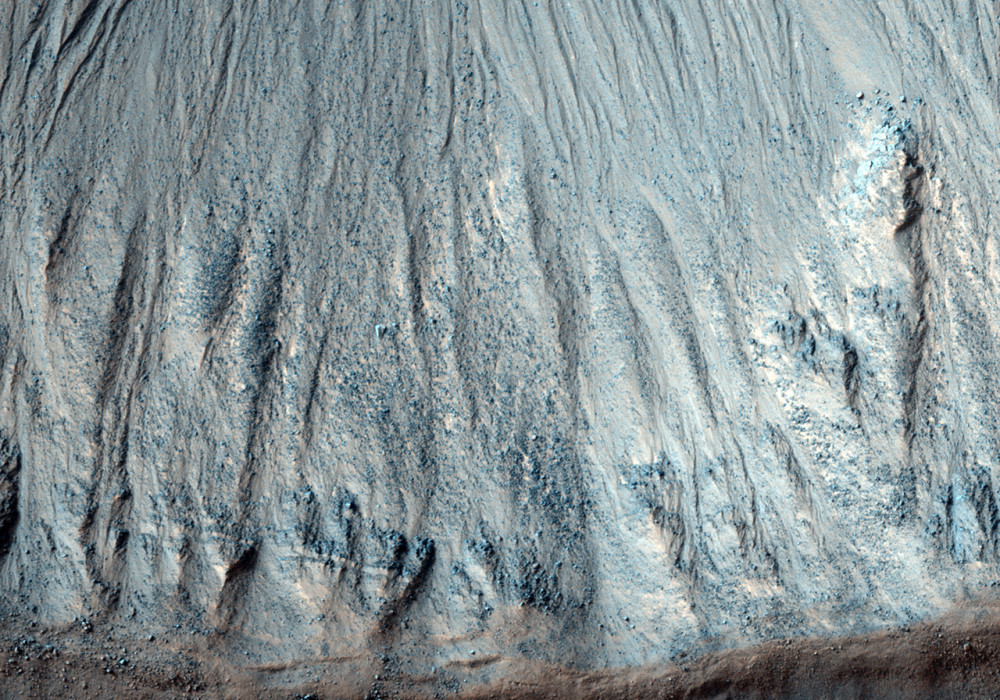