Bright Material along the Floor of a Trough in Noctis Labyrinthus

Many of the troughs (or, rounded depressions) of Noctis Labyrinthus contain bright, sometimes layered, materials. Noctis Labyrinthus is located on the far western end of the large canyon system Valles Marineris. To the west lie the volcanoes of Tharsis.

This HiRISE image shows an example of the bright material commonly found along the floors of some of the Noctis troughs. Spectral data from the CRISM instrument, also onboard the MRO spacecraft, indicate the bright material is hydrated (i.e., contains water). The hydrated material may have formed when water upwelled into the low-lying depression or when ice within the trough melted due to heating from volcanic activity.

An earlier image taken of this same location will now be combined with this new image to produce a stereo anaglyph . The stereo should allow scientists to understand the relationship between the bright material and the darker rocks that make up the trough floor. 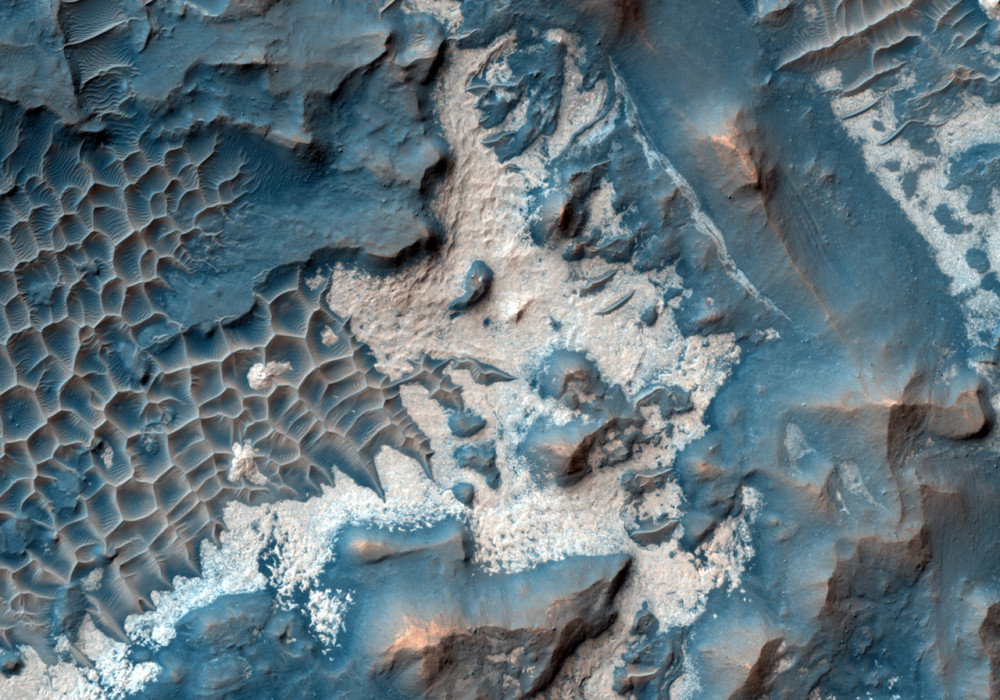