This observation shows bright and dark slope streaks in craters in the Arabia Terra region.

Slope streak formation is among the few known processes currently active on Mars. The cause of slope streaks is still debated, and both dry and wet processes have been proposed to explain their formation. They are most commonly believed to form by gravity-driven movement of extremely dry sand or very fine-grained dust in an almost fluidlike manner (analogous to a terrestrial snow avalanche) exposing darker underlying material. 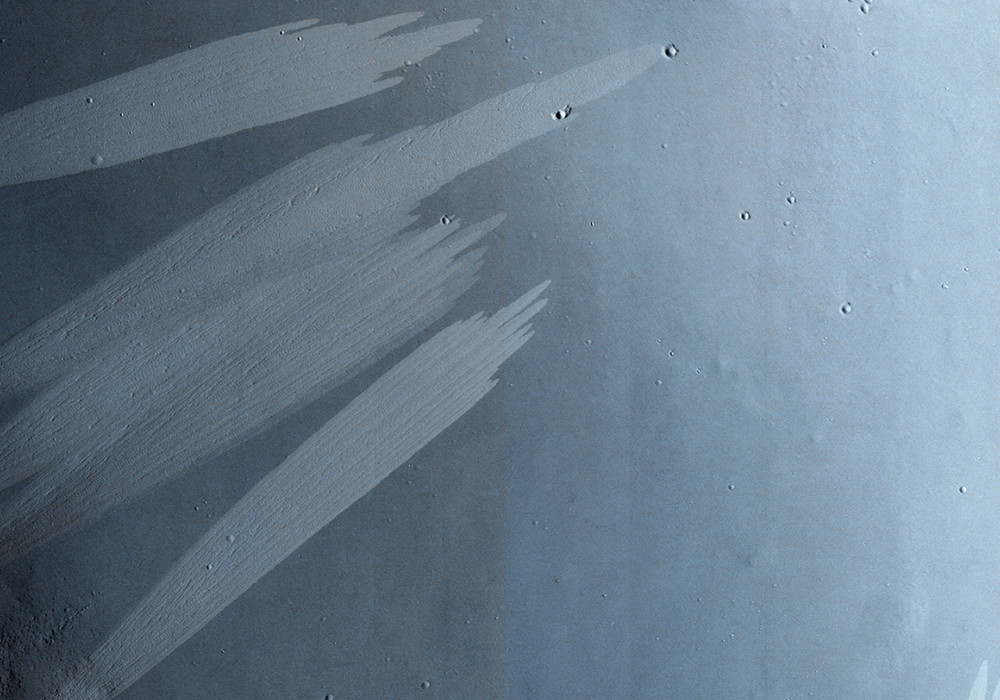