This image reveals bright slope streaks in Bahram Vallis, a long sinuous valley that winds across northeastern Lunae Planum and Xanthe Terra to the circum-Chyrse basin.

Typically, dark and light-toned slope streaks appear together on light-toned slopes. This scene is a rare case in which only bright streaks are visible on a dark surface . Slope streaks generally start at a point source and widen downslope as a single streak or branch into multiple streaks. Some of the slope streaks show evidence that downslope movement is being diverted around obstacles, such as large boulders, and a few appear to originate at boulders or clumps of rocky material.

Many hypotheses have been proposed for the formation of slope streaks including dry avalanching, geochemical weathering, liquid stains or flows, and moisture wickering. Recent observations from HiRISE images have revealed that the interior of slope streaks is lower in elevation than the surroundings indicating that material must have been removed and then deposited in the formation of the streak.

Slope streak formation is among the few known processes currently active on Mars. Where they appear together, dark slope streaks cross cut and lie on top of the older and lighter-toned streaks leading to the belief that lighter-toned streaks are dark streaks that have lightened with time as new dust settled on their surface. Over the course of several years, MOC images from this region did not reveal any new dark or light-toned slope streaks suggesting that streak formation is not currently active here. HiRISE can continue to monitor this region for new slope streaks and changes in tone of old streaks. 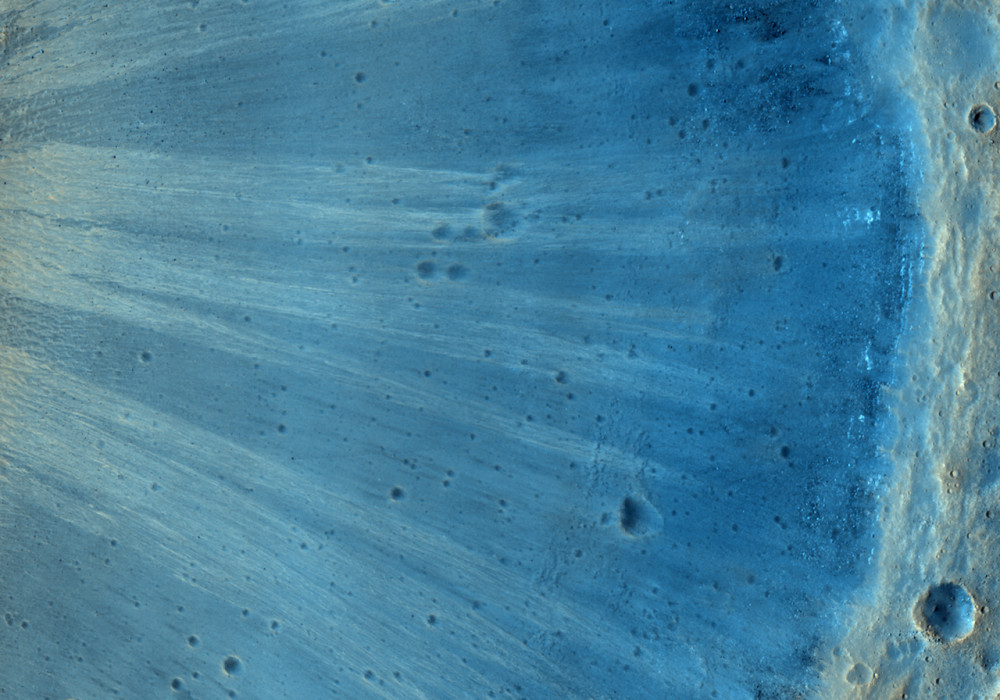