This image shows a well-preserved impact crater. A closeup view highlights distinctive bright lines and spots on the steep slope on the north side.

HiRISE imaged this crater 5 years ago (2.6 Mars years ago), in March 2008, and no such pattern was visible. The discontinuous bright spots indicate bouncing, so we interpret these features as due to boulders bouncing and rolling down the slope.

Where did the boulders come from? Maybe they fell off of the steep upper cliffs of the crater, although we don’t see any new bright features there that point to the source. Maybe the rocks were ejecta from a new impact event somewhere nearby.

Why are the trails bright? Perhaps the shallow subsurface soil here is generally brighter than the surface soil, as revealed by the Spirit rover in a part of Gusev Crater. It can’t be bright from ice because this is a warm equator-facing slope seen in the summer. 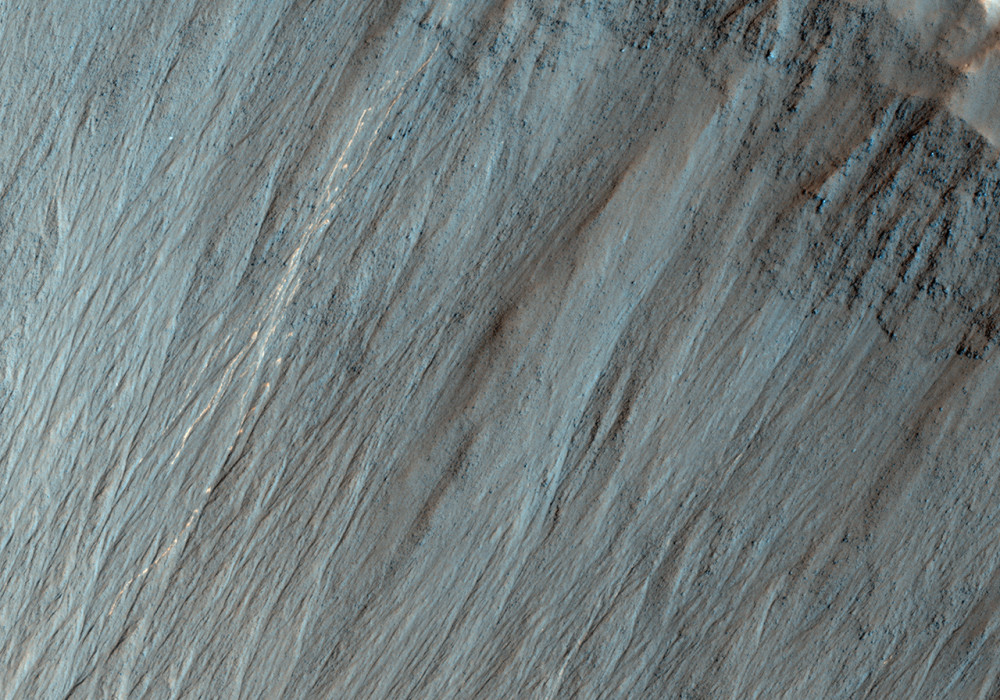