What caused the central pit within this impact crater: unusual subsurface layering or a lucky second impact?

Impacts into layers of alternately strong and weak material  for example, ice rich versus non-ice-rich  produce terracing such as that seen between the inner pit and the outer rim. Scientists have used terraced craters to estimate the thickness of lava flows on the Moon and elsewhere. Uneven sublimation and periglacial erosion of exposed ice-rich material in the interior of the crater may explain why the small central pit is slightly offset from center relative to the terrace and rim of the larger crater.

The pit in the center of the main feature could also be from a later impact crater striking inside and slightly off-center from the original. It has a raised rim, which is characteristic of impact craters and is difficult to explain with a layered target. While no ejecta from this later impact can be seen, the ejecta could have been removed by extensive periglacial modification. Additionally, the floor fill around the inner crater resembles impact ejects elsewhere at this latitude, and some of the “landslides” to the East could be flow-back of ejecta off the walls of the larger crater. 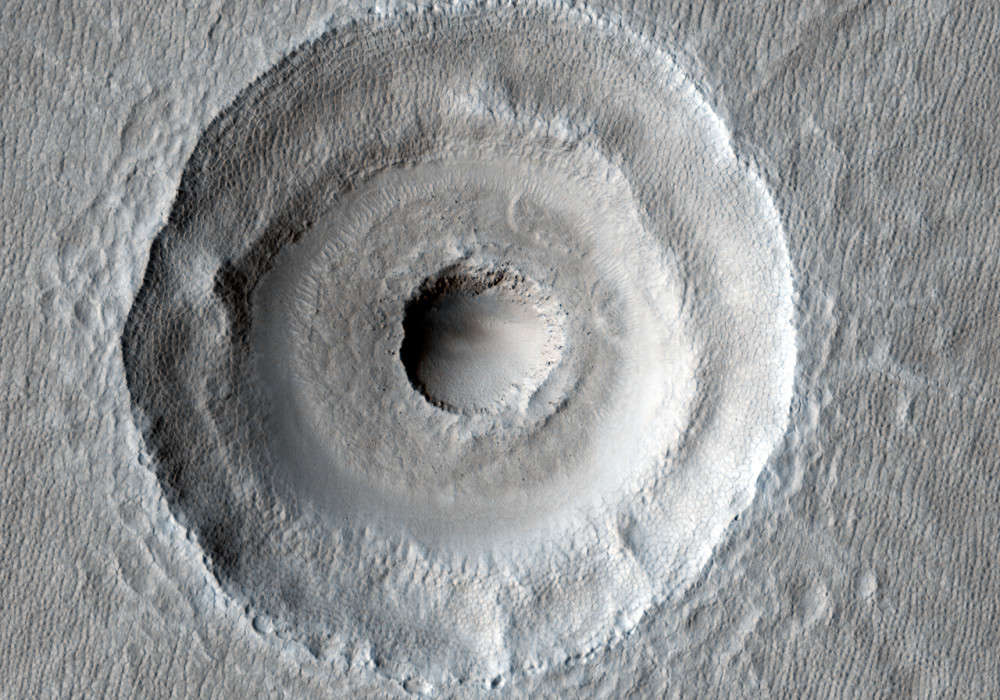