Butterfly Ejecta around a Fresh Crater

The approximately 650 meter (2135 foot) diameter crater in this image is relatively fresh, as evidenced by its sharp rim and unmodified shape. Ejecta appears on top of pre-existing craters, and stands out against the background, again indicating relative youth.

However, there is something else interesting about the ejecta for this crater. It is butterfly-shaped, with much more expansive ejecta along one axis, and much less along the perpendicular axis.

Butterfly-shaped ejecta indicate that the body that caused the crater struck Mars at an oblique (or very shallow) angle. When this happens, the crater shape may be elliptical, although round craters can result from oblique impacts, too. During an oblique impact, much more ejecta is thrown out perpendicular to the direction of impact, and relatively little material is ejected along the impactor’s trajectory. Oblique impacts are relatively rare, and so a fresh, oblique impact like this one is an attractive target. 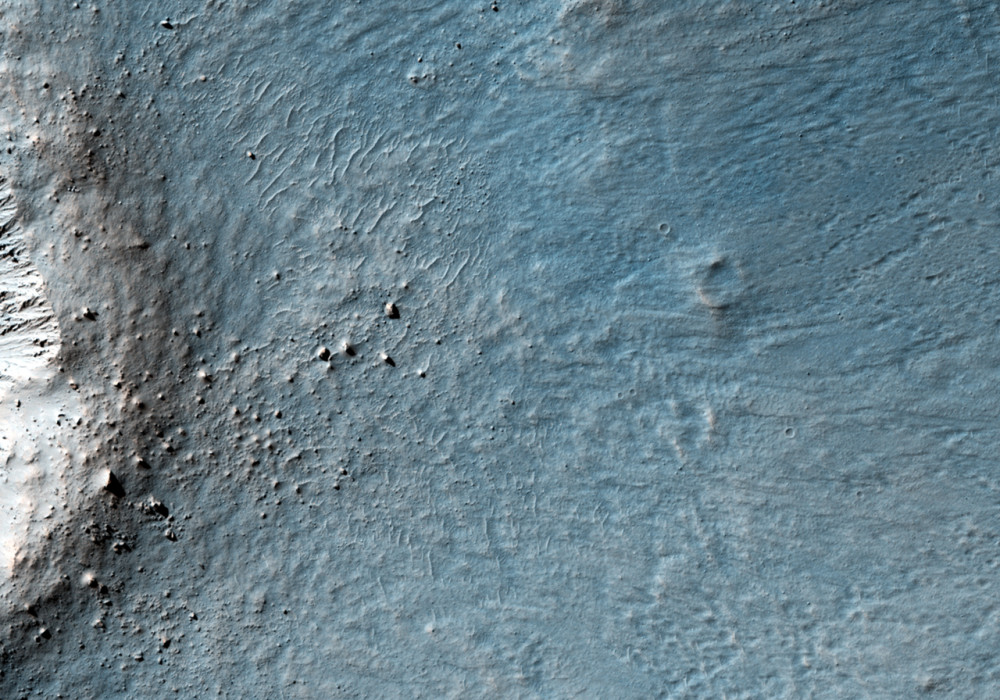