Buttes and Knobs in Cydonia Region

The Cydonia region on Mars is located in Arabia Terra at the boundary between the Northern lowlands and Southern highlands. This region gained notoriety when Viking imaged a landform that looked like a face.

The face has subsequently been imaged by many orbiters, including HiRISE ( PSP_003234_2210 ), showing that it is simply a rocky mound, and the face-like appearance was due to a trick of shadows. This observation was taken of a region slightly to the southwest of that landform.

This region is characterized by knobs and buttes. Knobs are rounded hills and buttes are hills with steep vertical sides and a flat top. A butte is similar to a plateau, but smaller in scale. These are features that are resistant to erosion, and there are several ways that such features may become more resistant than the surrounding areas. They can be plutonic intrusions or volcanic rocks that are more resistant rock types than the surrounding sedimentary rock. Alternatively, these regions may be resistant because they have been cemented by water carrying dissolved ions that precipitate as minerals binding the sediment together. Either way, they provide important information about the geologic history of the region.

Of note in this image is the interesting pitted and patterned ground . This pitting may have resulted from the sublimation of interstitial ice. (Sublimation is a process by which a solid form turns directly to a gas.) Patterned ground is common throughout the northern mid-latitude plains. 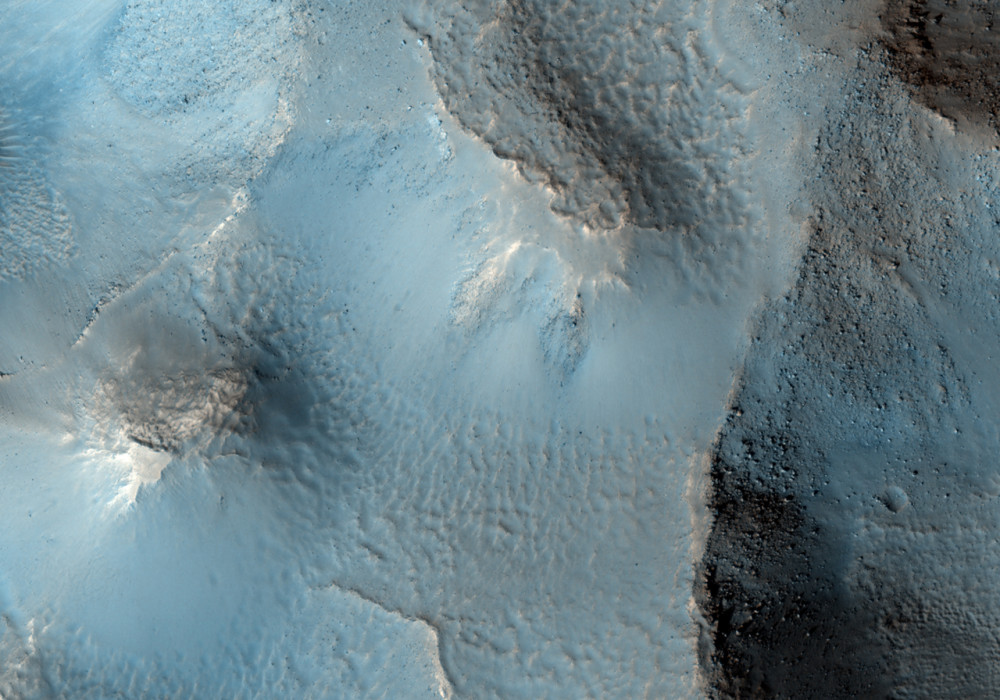