This image covers part of a candidate landing site that appears to be a shallow depression with a deposit perhaps consisting of chlorides, like table salt.

The relatively bright material broken up into polygons or other patterns is possibly chloride. Such deposits occur in playas on Earth, and imply the past presence of water and a habitable (but not necessarily inhabited) environment. The HiRISE images will help to interpret the geology and to determine if this spot is a sufficiently safe landing site—not too many boulders or steep slopes. If it is safe enough, this site will be considered further as a landing site for the 2011 Mars Science Laboratory or for a European or NASA rover to be launched in 2018 according to current plans.

Be sure also to look at the stereo anaglyph for more detail. 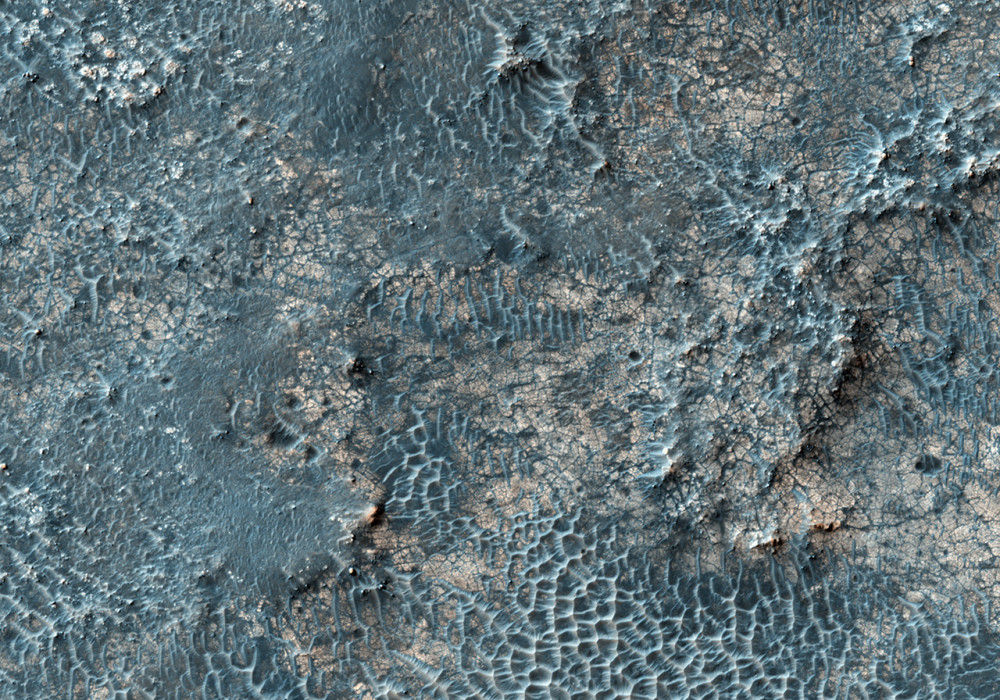