Mars has extremely large temperature changes from winter to summer compared to the Earth. It gets cold enough to freeze carbon dioxide out of the atmosphere during the winter, but this ice is unstable when the warmer summer arrives and forces it to sublimate (transform directly back into a gas) away.

Near the South pole though, it stays cold enough for some of this seasonal ice to stick around all year and even accumulate from year to year. This image shows a portion of this permanent carbon dioxide ice cap. This slab of ice is a few meters (about 10 feet) thick and is penetrated by the flat-floored pits shown here. The quasi-circular pits in the center of the scene are about 60 meters (200 feet) across.

The distinct color of the pit walls may be due to dust mixed into the ice. For most of the year these walls are covered with bright frost, but they defrost and show their true colors at the end of the summer. 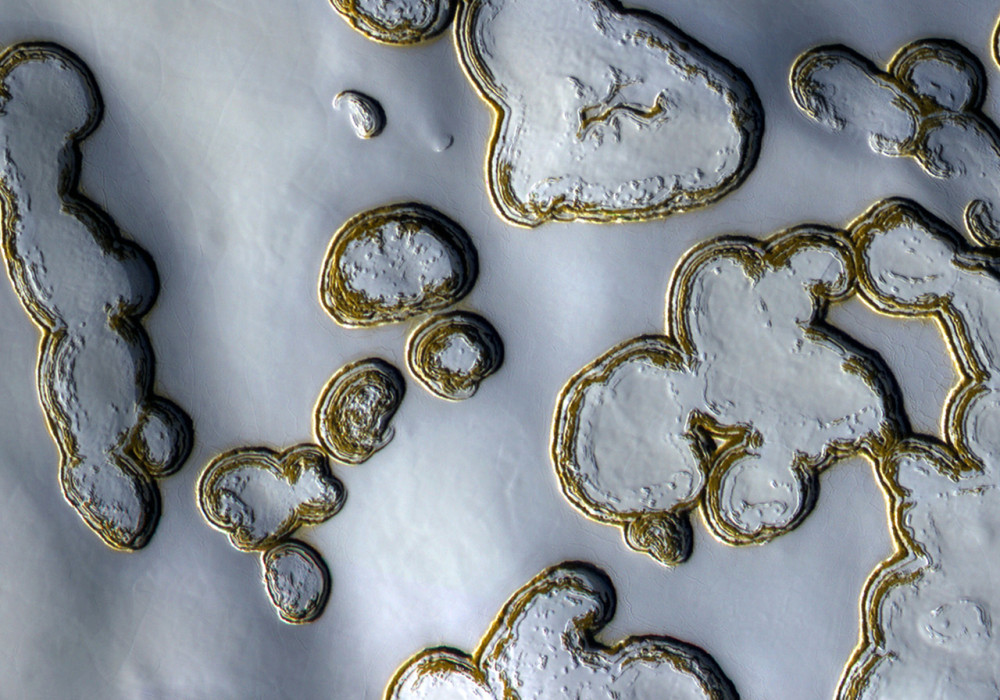