Obviously these are not the kind of cataracts that can develop in the lenses of your eyes, but large erosional scallops that form in river channels, like the Niagara Falls draining the Great Lakes of North America.

Cataracts are large landforms, and this oblique image covers only a small area of the innermost channel . The ridged material on the channel floor may be a lava flow that followed this channel after it was initially carved by giant floods of water. 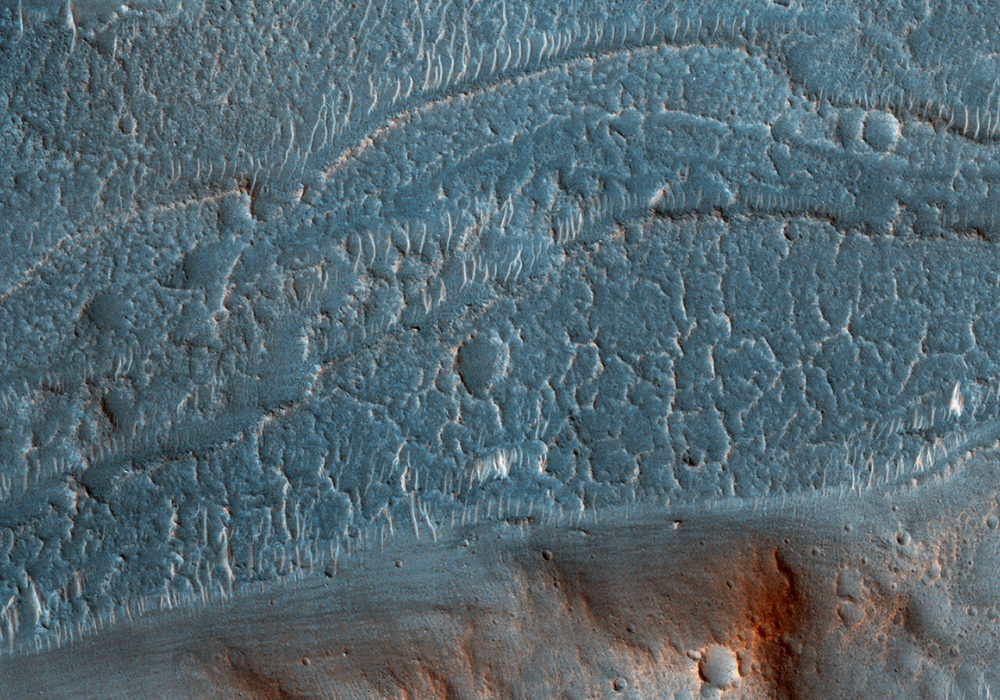