This image, captured on 27 March 2008, reveals unprecedented detail of an enigmatic feature on the Martian surface.

With a scale of 56 centimeters per pixel (about two feet), the image shows the upper reaches of an outflow channel in Ares Valles. Outflow channels are the sites where massive catastrophic releases of a fluid, presumably water, poured out of the subsurface in flooding events on orders of magnitude larger than anything we have ever witnessed on Earth.

The image, oriented diagonal to the channel, just covers the channel from bank to bank. It is near the release point for the watera jumbled region called chaotic terrain to the south. Impact craters on the channel provide a means of estimating the age of the flooding event, although the channel bottom may be covered by younger materials such as lava. There are also sand dunes in relatively low areas that formed long after the flooding had ceased. 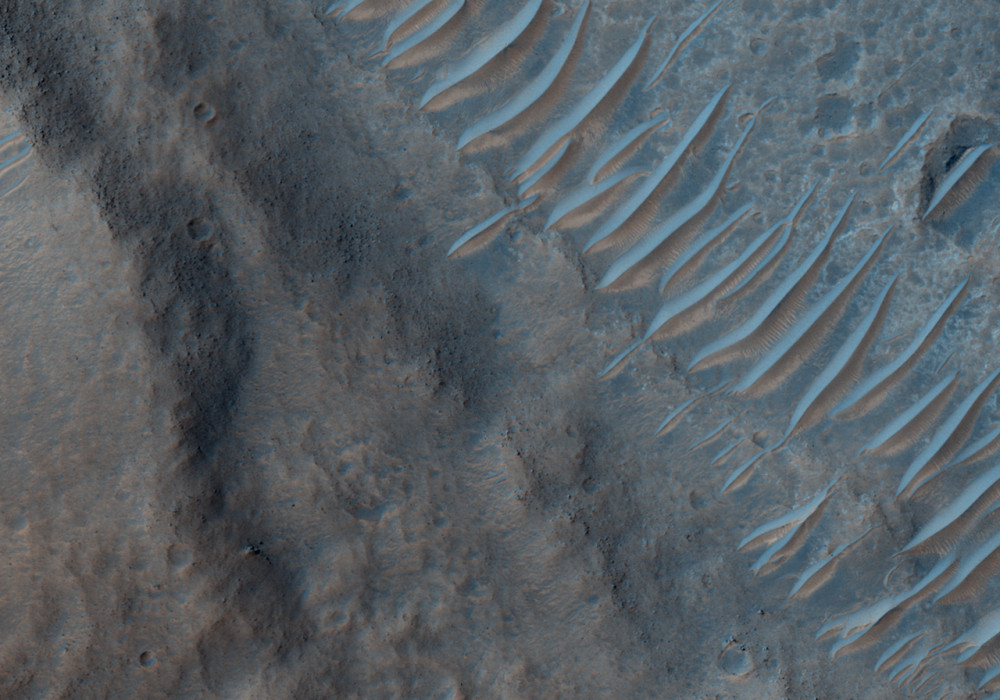