This image shows streamlined features in the northwest Tharsis region. The trough running diagonally to the left near the bottom of the image is part of the Jovis Fossae, a series of parallel troughs.

Streamlined features are carved by catastrophic floods. When a flood encounters an object, it diverts around it and erodes material in its path. One great example of a streamlined island is at the top left of the image between the branch of the channels. The flow was likely from the right to the left, as suggested by the fact that the island tapers off to the left. Part of the island stands higher than the rest. This section was probably higher than the floodwaters reached.

There is another streamlined island about one third of the way down the image. This island is very narrow, and its shape is also consistent with the flood coming from the right.

This island has a couple of dark slope streaks, as does an elongated mesa near the Jovis fossa (trough) at the bottom of the image. It is thought that small impacts and rockfalls can initiate the dust avalanches that are currently believed to form the slope streaks. The dark material for the slope streaks probably came from the dark layers visible at the top of the mesa; see subimage, approximately 300 meters (328 yards) across.Written by: Kelly Kolb   (28 October 2007) 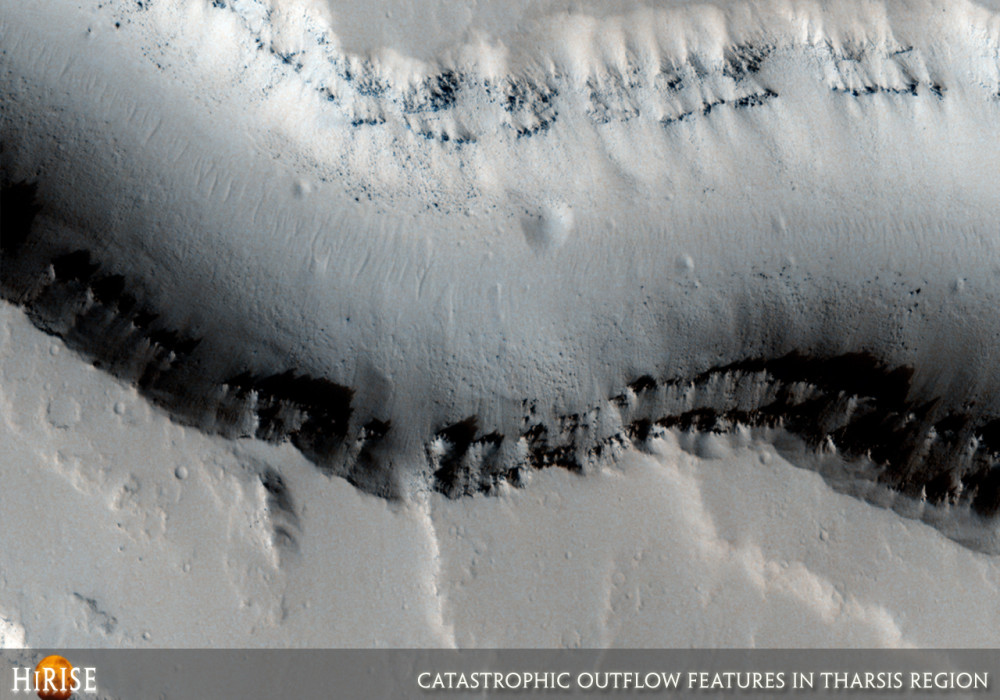