This image is of the eastern half of the central peak of Lohse Crater located in the southern hemisphere.

The crater itself is highly degraded and is roughly 129 kilometers (80 miles) in diameter. Of specific interest are the pristine looking gullies that appear to have sourced from layers below the top of this uplifted region.

Smaller gullies appear to emanate in all directions from the uplifted region, but of special interest is the larger gully located on the northern most slope of the central peak. This gully has a larger alcove and a better developed debris apron than surrounding gullies. This implies that either this gully formed over a longer time period or that more fluid was involved in its formation.

Gullies are present on many slopes on Mars, especially between the latitudes of 30 and 70 degrees in both hemispheres. Gullies are formed by fluids and have three distinct parts to them: an eroded “alcove” at the top, a sometimes sinuous “channel” section, and finally a large “debris apron” where the material eroded by the gully is deposited. 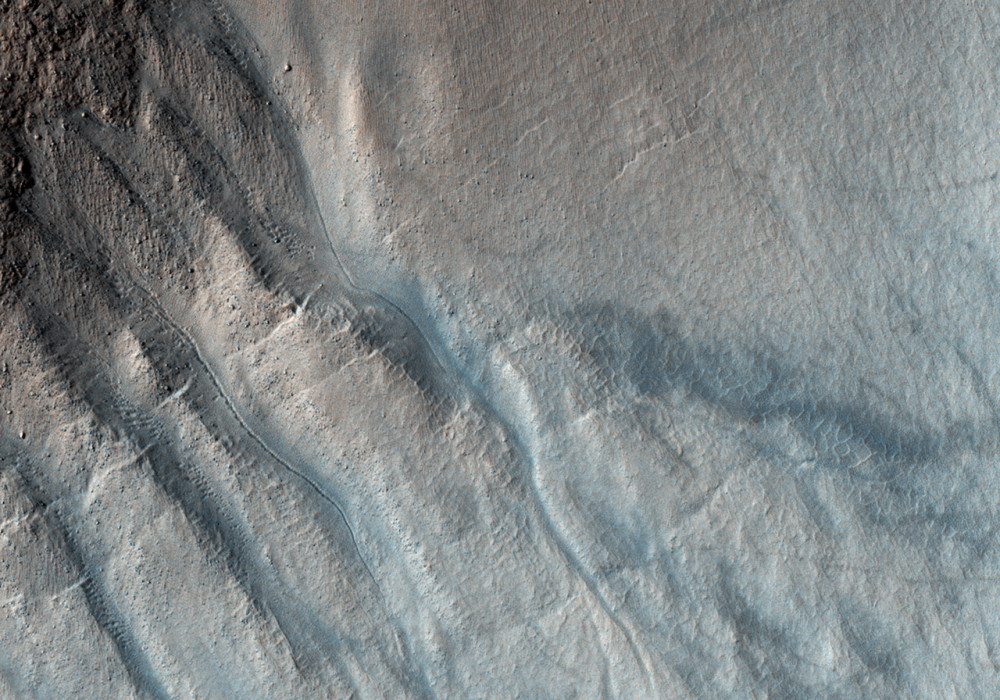