Lohse Crater is a heavily degraded southern hemisphere crater. This image cuts through its center.

The mounds on the left of the image are part of the craters central peak, showing material that was uplifted during the late stages of its formation. The central peak hosts gullies that are small-scale features of possible fluvial origin, although other origins are not as yet excluded. If they are fluvial, where could the water have come from?

There are many possibilities, but one idea in this case is that some water ice could have been trapped when the central peak formed, and that the ice was melted later to form the gullies. The faint, black, wispy lines criss-crossing slopes and terrain on the floor of the crater are dust devil tracks. Dust devils are little cyclones that stir up dust as they travel across the surface.
Written by: Kelly Kolb   (22 July 2008) 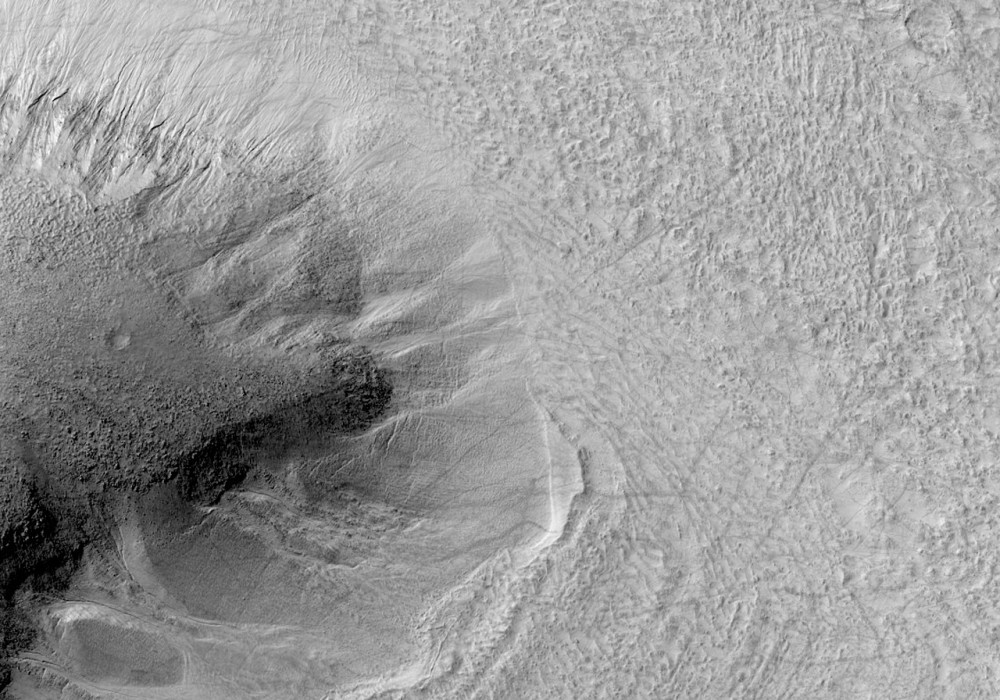