The full observation shows an unnamed central pit crater in the southern mid-latitudes. Impact craters have different morphologies depending on the size of the impactor and the properties of the target material.

The central pit crater is not very fresh, as evidenced by a number of craters occurring within it. Recently, HiRISE had identified ponded and pitted material in several fresh craters around Mars that is undetectable in lower resolution images. The pits are thought to form from escaping volatiles (gases) that were caused by boiling ices present at the time of impact.

Although the central pit, located near the bottom of the image, has degraded over time, there are still some remnant pits that appear to have coalesced (joined, see subimage , approximately 1.5 kilometers across). It is possible that all central pit craters on Mars consist of coalesced, smaller pits.

Note: This caption refers to the full observation ; the image above is actually a fresher, simple crater on top of the larger, older central pit crater.
Written by: Kelly Kolb   (16 January 2008) 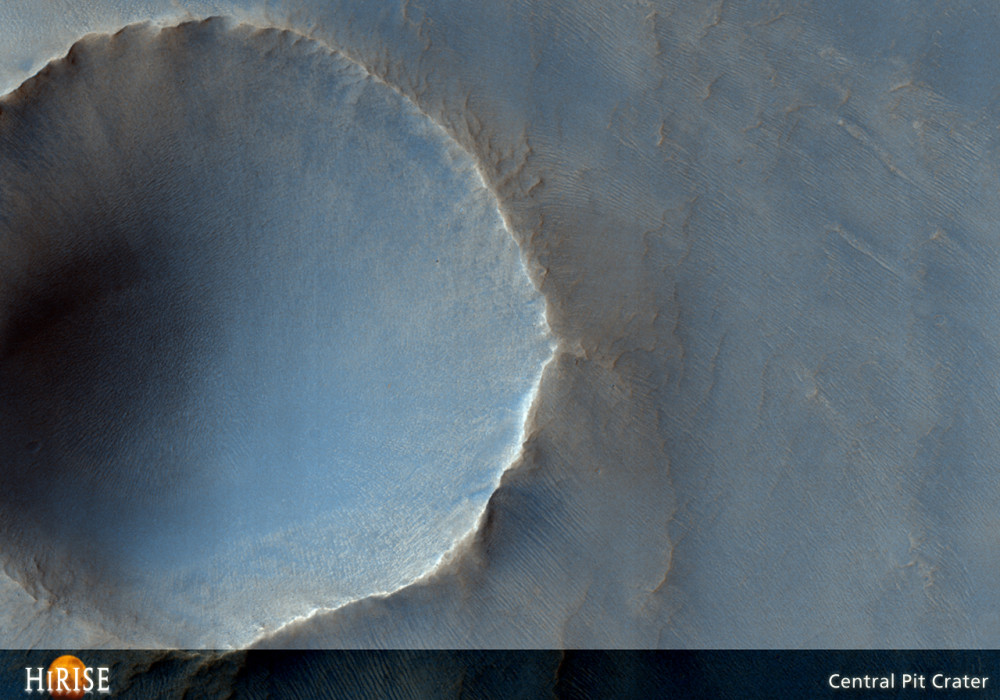