This image shows several parallel segments of the Cerberus Fossae. This is a system of fissures formed by extension and stretching of the near-surface of Mars. It is associated with some of the most recent large-scale events on the planet.

The Athabasca Valles channel system has its source at one segment of the Cerberus Fossae. This channel was most likely carved by a massive flood of water, perhaps released by the same tectonic processes which formed the fossae. Cerberus Fossae then extruded a large lava flow that draped Athabasca Valles. HiRISE images were recently used to describe details of this history in a paper published in the journal Science (Jaeger et al., Science, volume 317).

In the RGB false-color, this image shows a striking contrast. The plains are a generally bland beige, while the floors of the fissures are bright blue. Since the fissure walls are cutting through the lava which makes up the plains, the blue color probably indicates relatively dust-free exposed rock, while the beige is due to dust coating the level plains. Although the Cerberus Fossae released lava in places, at this site there is no evidence for a vent and the fissures have simply cut through pre-existing lava.Written by: Colin Dundas   (14 November 2007) 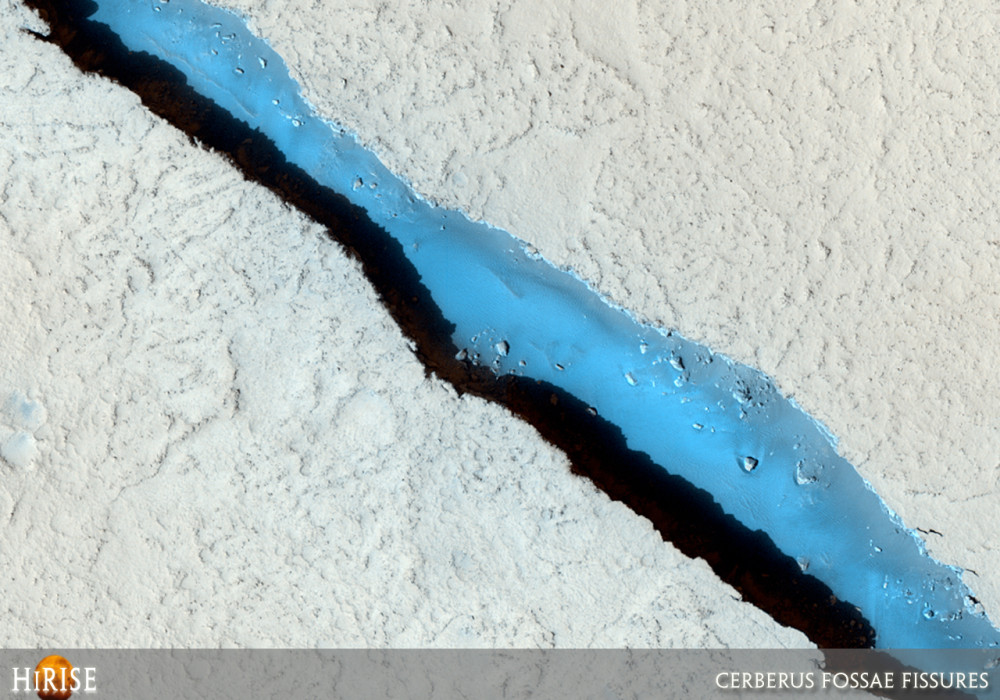