This image shows part of a fracture that is approximately 800 meters (half a mile) wide. This fracture is part of a larger set of similar features that are collectively called Cerberus Fossae.

Some scientists suggest that lava, water, or both erupted from these fractures at some point in Mars’ past. The presence of streamlined hills, such as those that are found in river channels on Earth, as well as lava flows, are some of the observations that lead scientists to this interpretation. Thus this fracture may be a large scale example of eruptive vents that form on volcanoes on Earth. 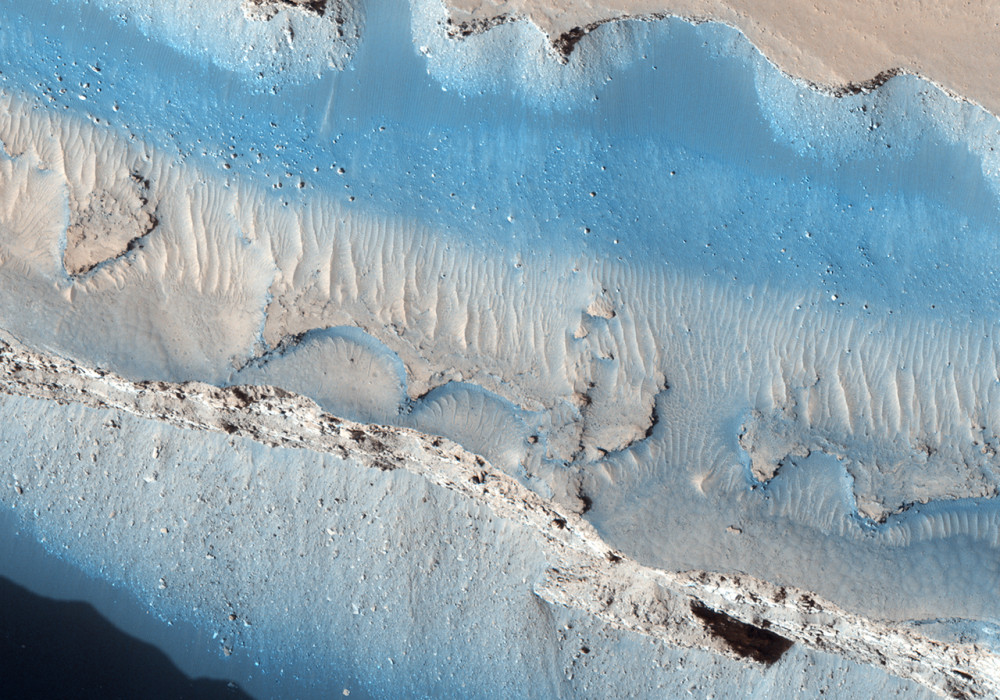