Cerberus Fossae: In the Relay Zone

These trenches or “fossae” are about a kilometer (0.62 miles) across. This area shows where two segments have joined up and are close to a third section.

The fossae are probably areas where the surface has collapsed down into voids made from faults (huge cracks with movement on either side) that don’t extend up to the surface. In structural geology, when multiple faults are closely spaced, we call that a relay zone . These zones have much higher stress built up in the crust and consequently tend to be more fractured. These fractures can serve as “pipes” for fluids (water, lava, gases) to flow through.

This area corresponds with the youngest of Mars’ giant outflow channels, Athabasca Valles, that is only 2 to 20 million years old and shows geologic evidence of having been formed and modified jointly by water and lava. 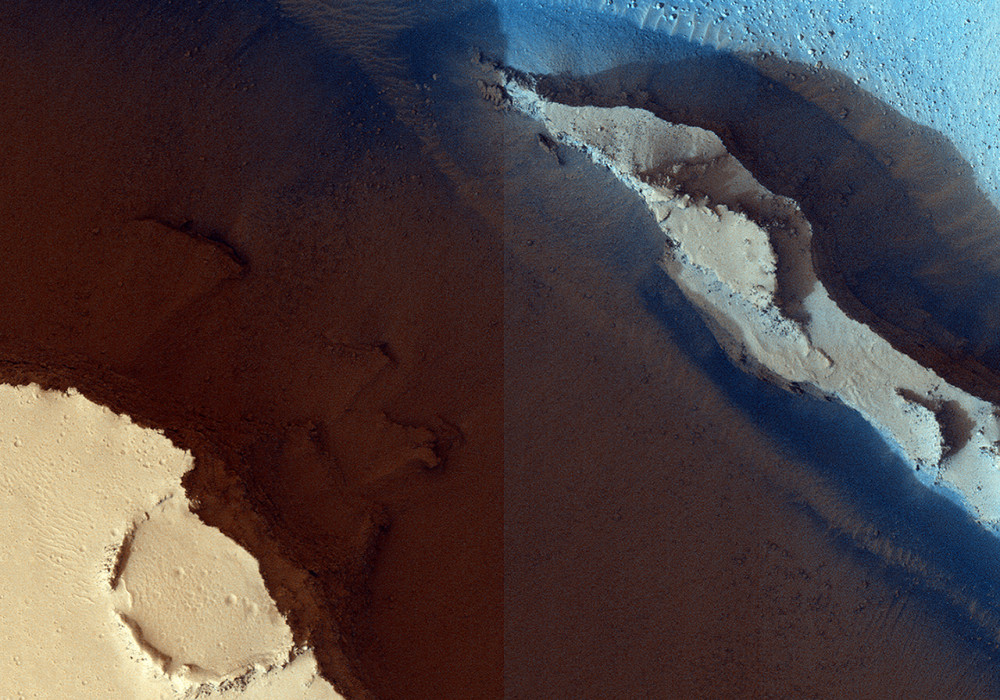