Chain of Pits on Arsia Mons

The chain of pits visible in this image formed by collapse as the giant shield volcano, Arsia Mons, was pulled apart. While magma intruding into the volcano might have pushed the rocks aside, it is also possible that the collapse is caused by the volcano falling apart underneath its own weight.

The small pit in the middle of the chain was discovered by a team of scientists from the U.S. Geological Survey and Arizona State University using data from the THEMIS camera onboard the Mars Odyssey spacecraft during a search for possible cave entrances . They informally named this pit “Annie.” (The subimage is 1500 x 1500; 2 MB).

A section of the HiRISE image over “Annie” has been specially processed to enhance the contrast in the shadowed areas. This shows that the pit is is largely filled with wind blown materials. Shadow measurements indicate that the floor is about 112 meters (367 feet) below the rim. This is an example of how the different NASA missions are working together to shed light on the darkest mysteries on Mars.Written by: Laszlo P. Keszthelyi   (14 October 2007) 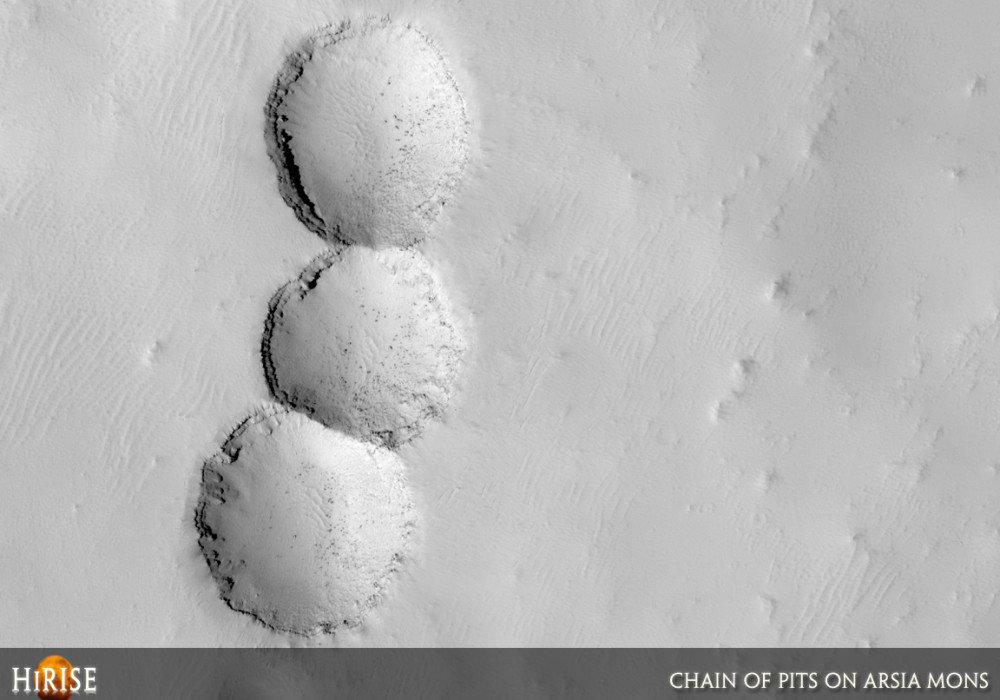