Changes at the Site of a New Impact Cluster

Nineteen new impact sites were discovered by the Mars Orbital Camera on the Mars Global Surveyor, and HiRISE has re-imaged these sites to learn more about them, including detection of many smaller craters since the objects often break up in the atmosphere and make clusters of craters.

The biggest cluster–shown here–with over 1,000 craters, formed between September 2005 and February 2006, over the dusty region between Ascraeus and Pavonis Mons, giant shield volcanoes. We have imaged some of these new impact sites multiple times to look for changes, which provides information on aeolian (wind-driven) processes.

Many of these impact sites are remarkably unchanged over several years time, but the site shown here has changed dramatically. In the subimage are cutouts of the impact cluster. Blowing winds through the pass between shield volcanoes has darkened some regions and brightened others, probably largely by removing and depositing dust. 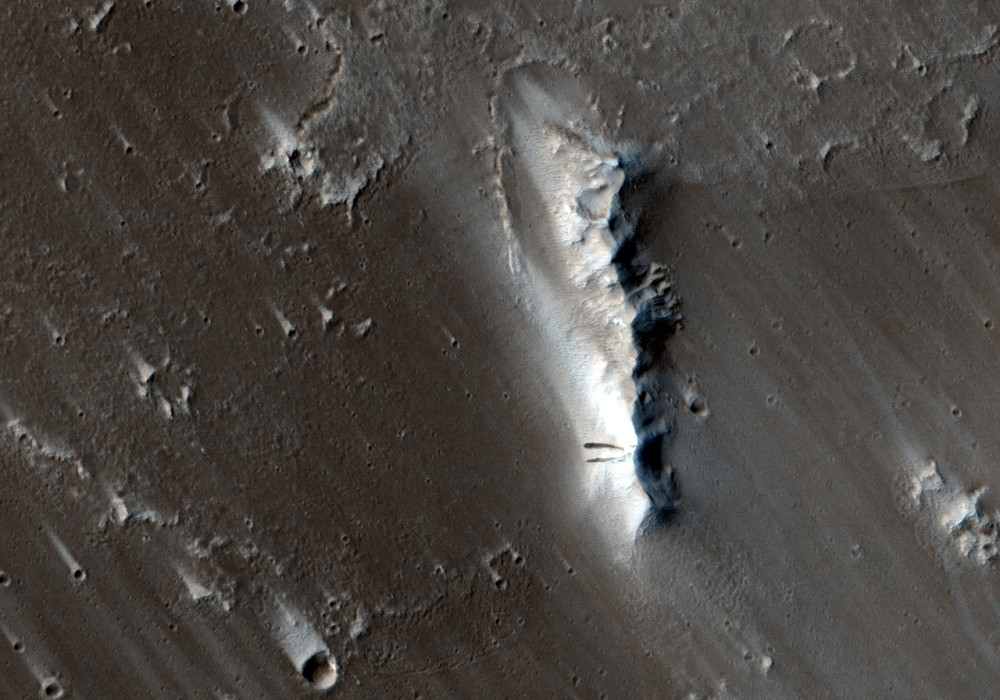