Changes on Dunes in Russell Crater

HiRISE images of the large sand dunes in Russell Crater have been repeatedly acquired to look for evidence of surface changes.

This full image shows diffuse, dark patterns that are likely caused by many dust devils removing bright dust from the surface of the dunes. In addition, as shown in the cutout, narrow troughs continue to form on the steep faces of the sand dunes.

These troughs appear to be formed when chunks of carbon dioxide (“dry”) ice slides down the face of the dune. The image on the left was taken a bit over a Mars year before the image on the right; both were taken in the springtime. The ice blocks may sometimes slide down the same troughs, but comparison of these two images shows that new troughs have been formed during the past year. The pits near the ends of the troughs may be locations where blocks of ice came to rest and then evaporated away. 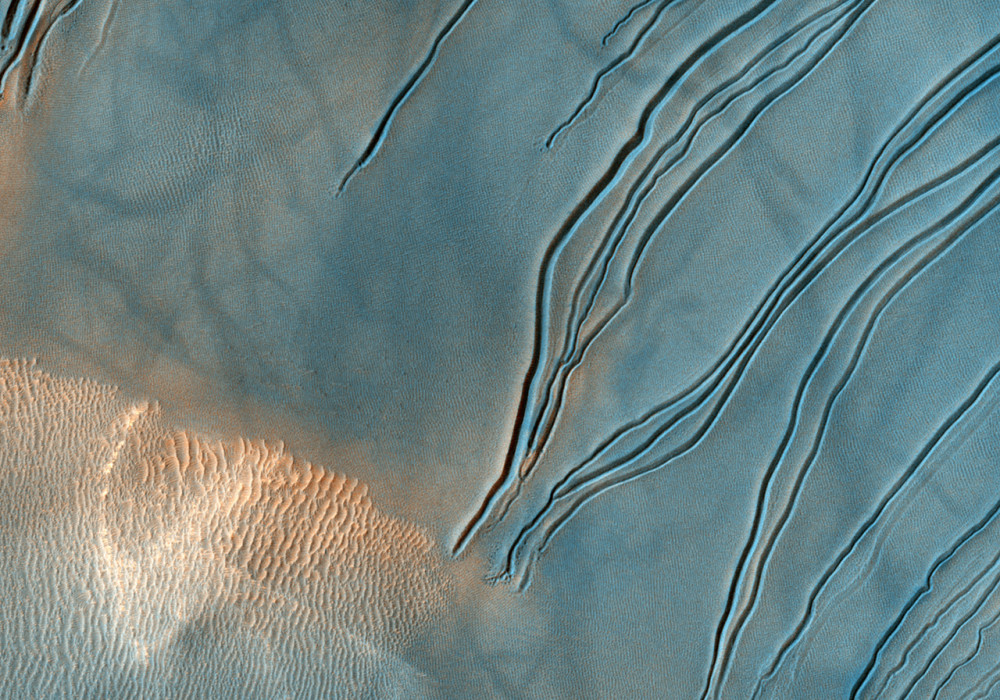