This image shows the changing seasonal frost patterns on Louth Crater, located at latitude 70 degrees North. This crater contains a mound covered by water frost that persists throughout the year, which is unusual for this latitude.

There are sand dunes near the edge of the mound, which become clear of frost in the summer. This subimage shows a comparison of these dunes acquired in late northern summer ( PSP_001700_2505 , top) with the newer image. It is hard to believe this is the same piece of ground because the brightness patterns are so different due to the large temperature changes throughout the year.Written by: Alfred McEwen   (10 May 2008) 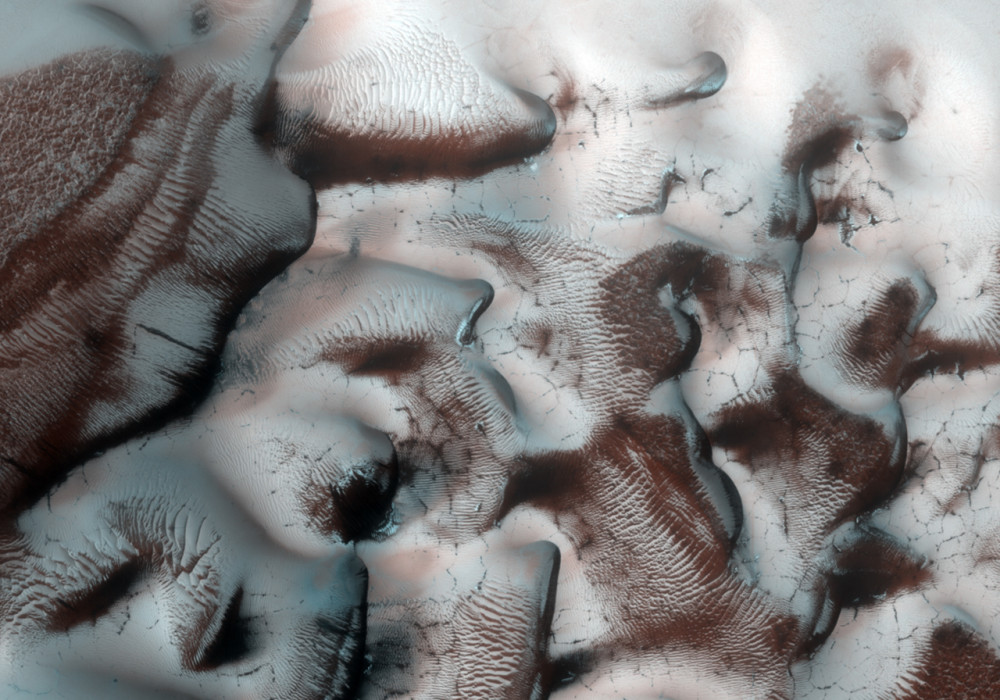