Channel and Fan in Lyot Crater

Extensive flow of liquid water across the surface of Mars is generally constrained to the first billion years of the planet’s evolution. There are some specific places, however, where liquid water may have been stable later in the planet’s history, when Mars is considered to have been cold and dry. Lyot Crater is one of those places.

Lyot Crater is a “peak-ring basin” that formed in the lowlands of the Northern hemisphere of Mars, making it the lowest topographic point in the northern hemisphere. Additionally, we know that the Lyot impact event occurred after the most significant era of fluvial activity on Mars, so any features observed in Lyot were formed after that era as well.

This observation shows what appears to be a very unusual fan of material that is sourced by a valley that extends upslope for almost 50 kilometers along the floor of Lyot Crater (top-right of the full image). The fan is not fresh, so this activity pre-dates the martian gullies (a few of which can be seen at the top of this image). The fan has been mantled by smooth material which has been removed in some areas and fractured in others. This makes it difficult to tell what the fan looked like when it was originally emplaced.

Lyot Crater is found in a region of Mars that is thought to host many debris-covered glaciers (some of which are found within Lyot itself) and ice-rich mantling units. These could provide potential sources of water that, under conditions slightly more favorable than those of today, could melt and create features like we see here. 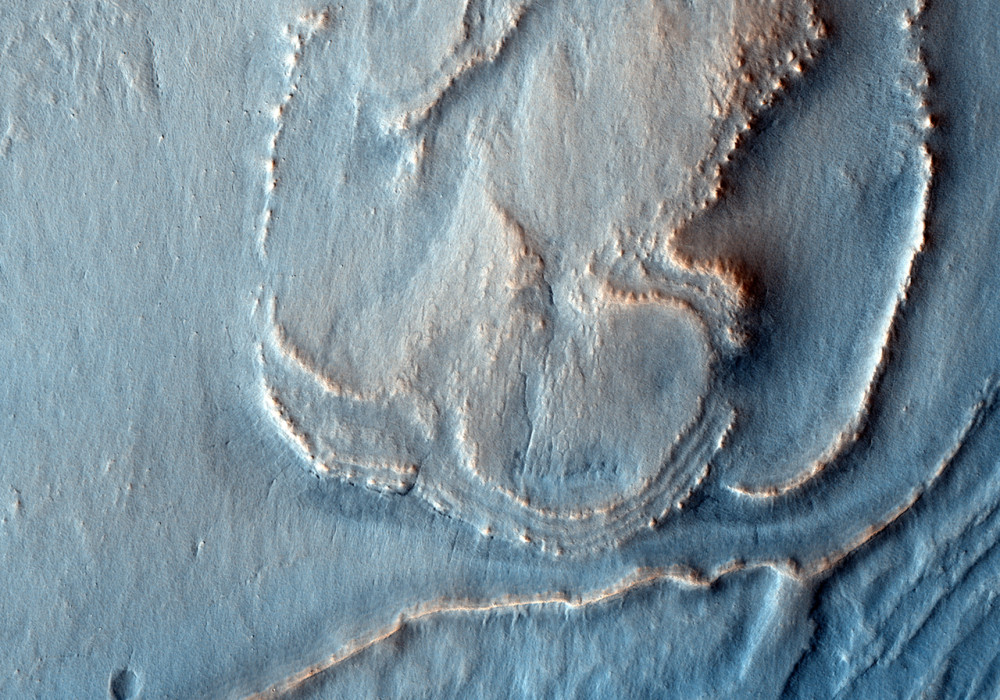