Channel in the Cerberus Palus Region

This image shows the end of a small channel near Athabasca Valles on Mars. Athabasca is an example of a Martian “outflow channel,” likely carved by a massive flood of groundwater. However, it is now coated with a thin veneer of lava, following a massive volcanic eruption that flowed down the channel.

This smaller channel is also covered by the same lava flow. It might have originally been carved by water and later draped by lava that partially drained away, but it is also possible that hot, swift lava cut down into the ground. In either case, the reason a channel formed here is the ridge running across the image. Once fluid reached the top of this ridge, flow was concentrated there and carved a deeper channel. 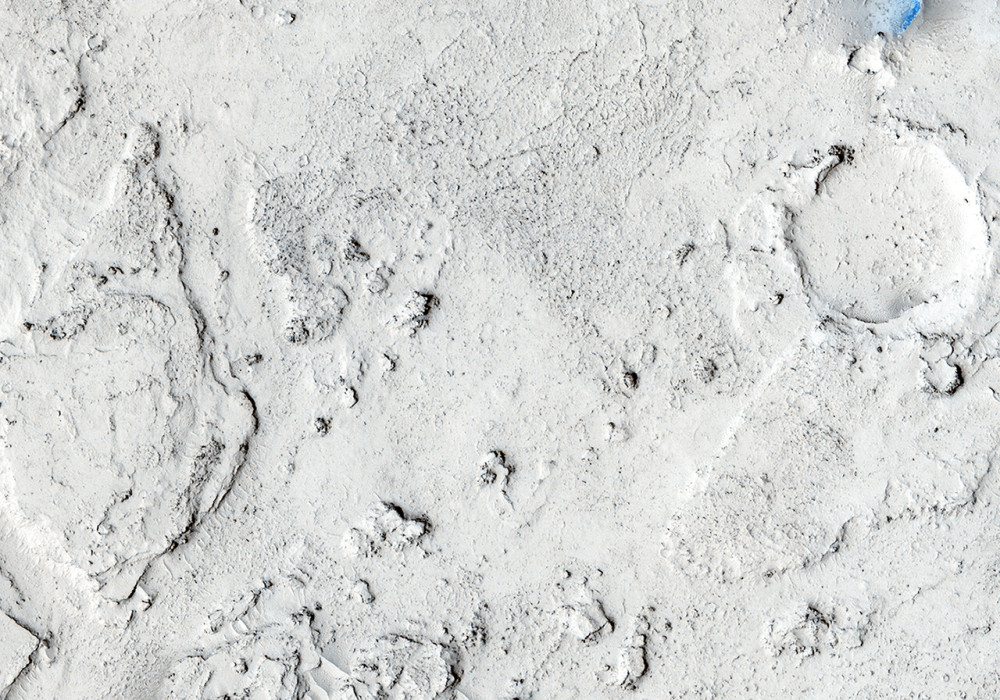