Channels and Lava Flows on the Tharsis Plateau

These images and the stereo anaglyph show an interesting region of Mars on the giant Tharsis rise, East of Olympus Mons.

There are well-preserved channels and lava flows. HiRISE has acquired 6 stereo pairs as a mosaic over this area. The science goal is to understand the relationships between channels and lava, which are often closely associated on Mars.

Floodwaters on Mars may originate from the subsurface, and require fractures to reach the surface. Lava may exploit these same fractures, and the magma at depth may have melted ice to contribute to the water. On the other hand, the water flood may have been much older than the lava eruptions. The channels appear relatively young, but have been coated by younger lava. Many questions remain about these relationships, and high-resolution topographic data is needed to model the processes and deduce the geologic history. 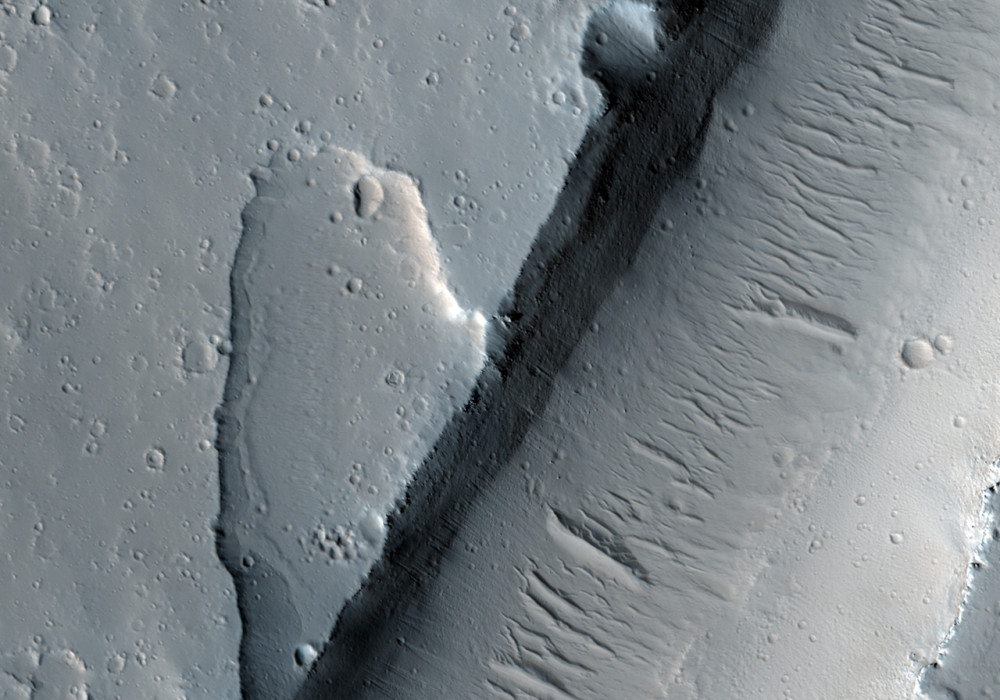