These channels emerge from a fracture system called the Gordii Fossae to the East of Olympus Mons, the largest volcano in the solar system.

The channels bear superficial resemblance to features formed by floods of water. It is most likely that the channels were first carved by water and then coated with lava. However, it is possible that they are purely volcanic in origin. This puzzle will be solved by investigating a number of similar channels across Mars.

The hills are part of the Sulci Gordii, a series of knobs that form an apron around the eastern part of Olympus Mons. It is likely that these hills resulted from a giant landslide as part of the volcano collapsed under its own weight. The lumpy landslide deposit is now partially buried under younger lava flows, many of which seem to have been erupted from fractures around Olympus Mons.
Written by: Laszlo Kestay   (24 November 2010) 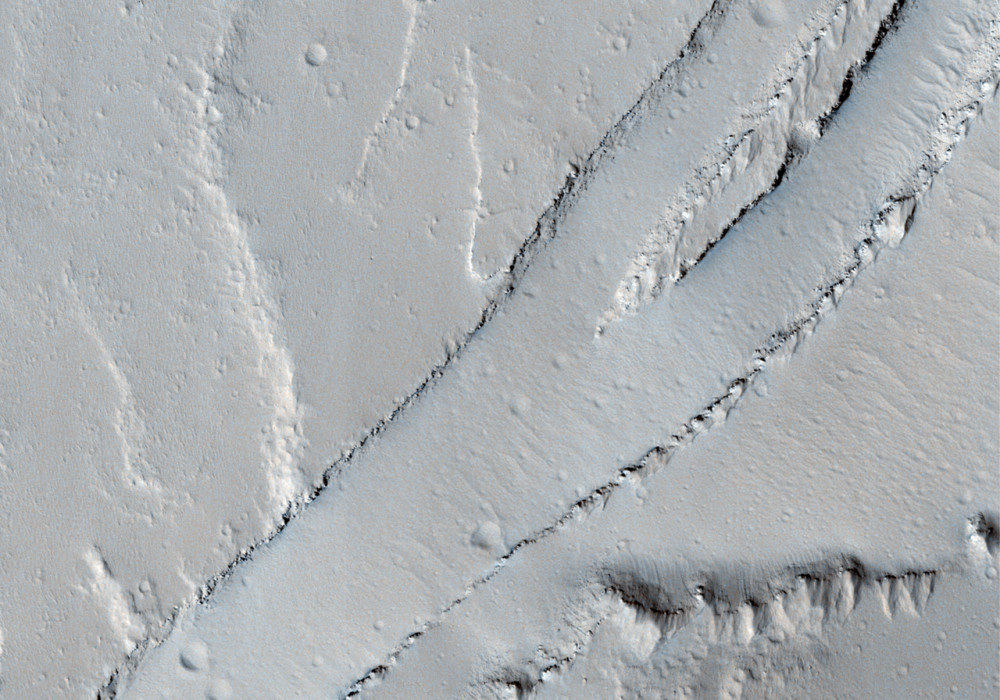