Channels associated with impact craters were once thought to be quite rare. Scientists proposed a variety of unusual circumstances to explain them, such as impacts by comets or precipitation caused by the impact event. As more of Mars is photographed with high-resolution imagery, more craters surrounded by channel systems are being discovered.

The channels in this HiRISE image are from Hale Crater, an exceptionally well-preserved 125 x 150 kilometer (approximately 78 x 93 mile) impact crater located on the northern rim of the Argyre Basin. Hale Crater is roughly 170 kilometers (100 miles) to the southeast.

The channels in this subimage are up to about 250 meters (820 feet) across, though most are much smaller. The channels appear to emanate directly from Hales ejecta, and were likely formed by the impact event. The heat of the impact could have melted large amounts of subsurface ice, and generated surface runoff capable of carving the channels.

If a significant amount of water was released or mobilized by the formation of the Hale Crater impact, larger impacts that formed during the early days of the Solar System may have been able to bring even more water to the surface of Mars. If this is true, a long-term, stable, warm and wet climate may not be required to explain the presence of such channels in the ancient Martian landscapes. 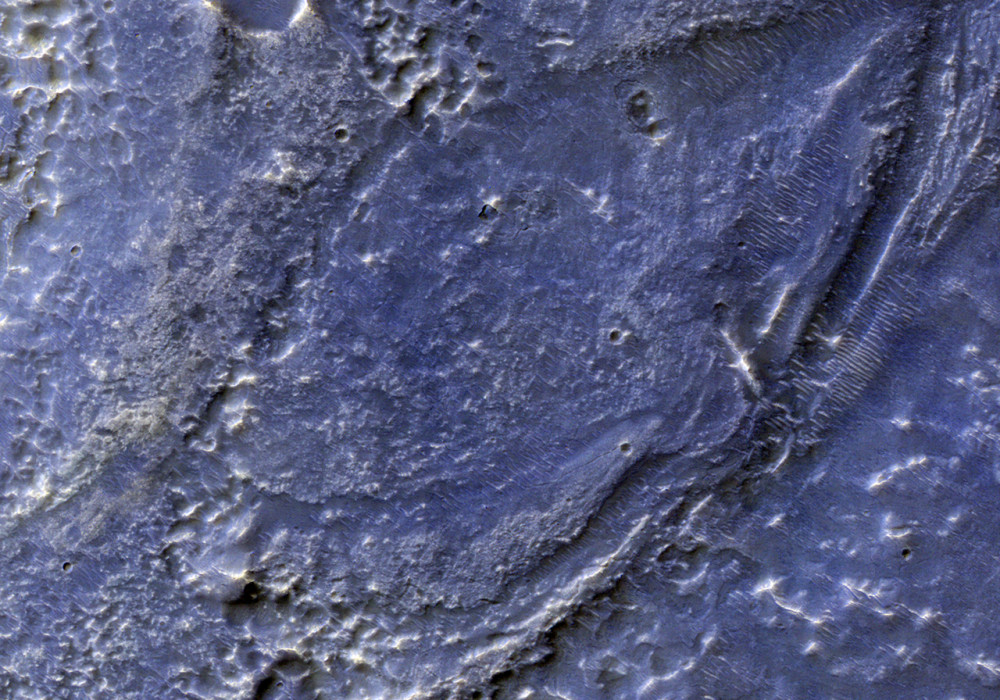