Channels on the Wall of Holden Crater

This image covers a portion of the rim of Holden crater, revealing breaches created when water over-topped the rim and incised a series of channels as it flowed down the crater wall. The water responsible for the channels was impounded outside of the rim of Holden in Uzboi Vallis. (Holden Crater itself is approximately 150 kilometers in diameter.)

Uzboi Vallis was interrupted when Holden crater formed and the rim formed an effective, temporary dam to flow farther to the north. Once the Uzboi basin filled, water began flowing into Holden again, creating a series of low fan-shaped deltas, alluvial deposits, and a shallow, but relatively short-lived lake.

The channels in this image were only active for a short time, as a channel just to the east cut quickly into the rim and became responsible for most of the drainage into the crater. The fact that most of the fan-shaped deltas radiate from the dominant channel to the east rather than those in this image supports this scenario. 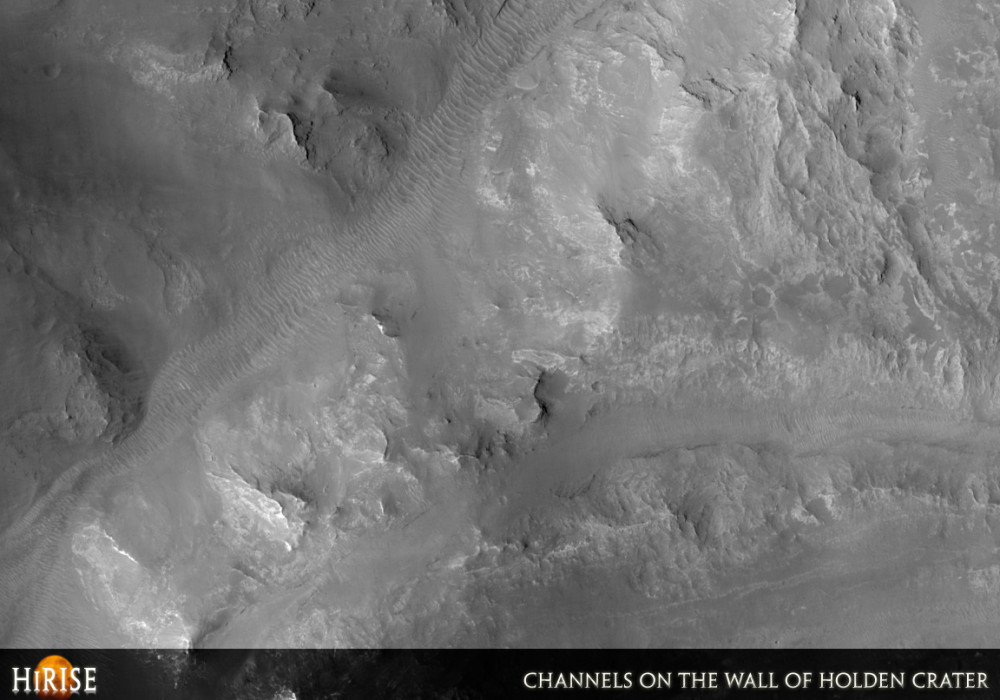