Eridania is the name of topographically enclosed basin located in the Southern highlands of Mars that has been suggested to be the site of a large ancient lake or inland sea.

A chaotic jumble of relatively bright blocks sits on the lowest floor regions of the basin, sampled in this image . These blocks contain a variety of hydrated minerals that could have formed in the water, perhaps preserving information about an ancient habitable environment.

This lake or sea partially drained to form the Ma’adim Vallis, a large channel that itself drained into Gusev Crater to the north. The Spirit rover landed in Gusev Crater in 2004 to study the expected lake deposits, but found that the floor of the crater had been covered by lava that was younger than the fluvial activity.

Eridania is a better place to find lake sediments, but is too rough and dangerous for the landing systems sent to Mars in the past. 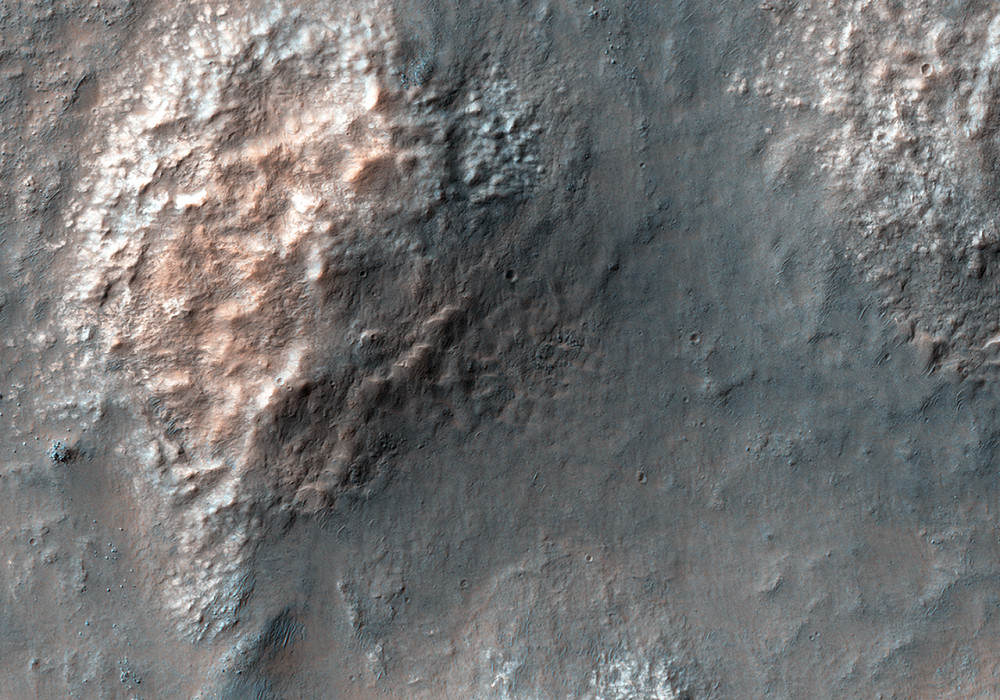