Gale Crater is a large (152 kilometer diameter) crater in the cratered highlands of Mars near the highland/lowland divide. The crater contains a large central mound of layered, or stratified, material that is more than 2 km thick in some places.

Visible in this image is a deep chasm cutting through these layers, which are spectacularly exposed in the chasm walls. On the floor of this chasm is a sinuous, positive-relief feature that may be an inverted channel deposit . Inverted channels occur when sediment in a stream hardens and becomes cemented in place due to water-deposited minerals. After the flow ceased, later erosion removed the surrounding softer rock, leaving the cemented channel deposit as a positive rather than a negative relief feature.

This chasm may actually be classified as a canyon, which is specifically a chasm or gorge that was carved by running water. 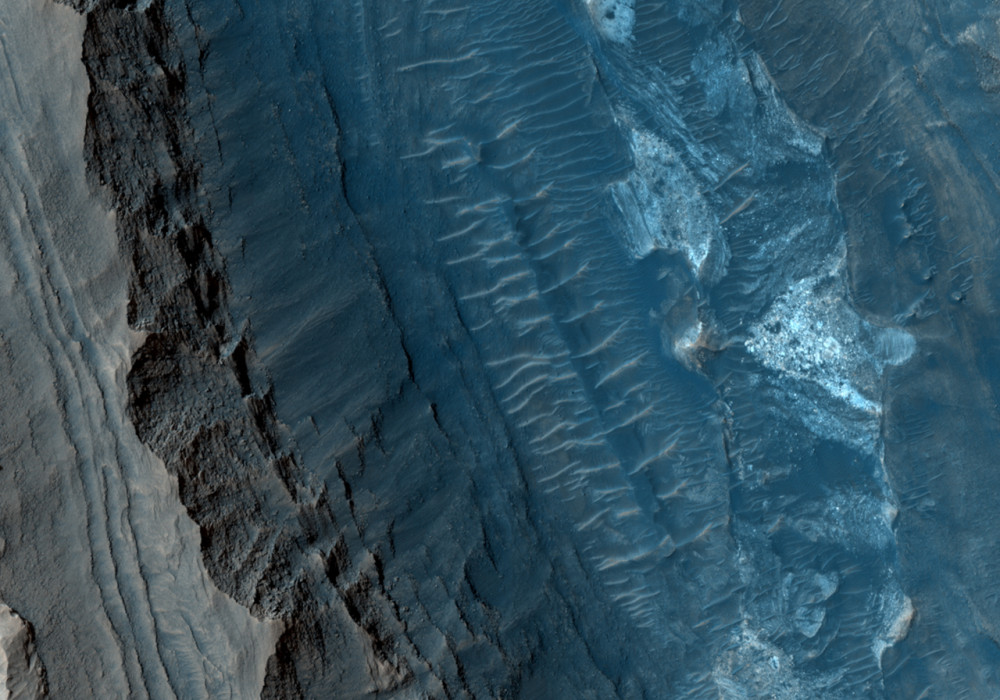