Chevrons on a Flow Surface in Marte Vallis

Lava flows cool as they move allowing their surface to freeze solid. The constant movement below this surface can break it up into a rough mass of jumbled broken rock. Sometimes larger surface areas that are thicker can behave like rafts that are dragged along by the flow.

Both features are visible in this image of an ancient lava flow in Cerberus Planitia. Isolated rafts that are still high-standing are visible and frozen into the flow. The rough areas show where the flow was fastest and have merged in places forming the large chevron-shaped features we see here. 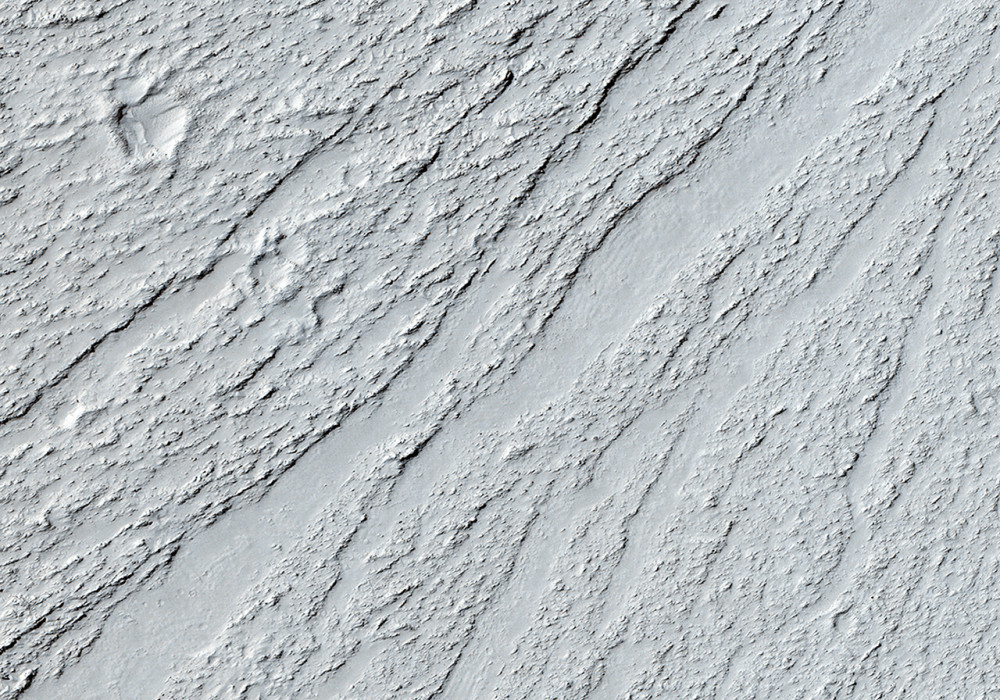