Chloride Salt Deposits within a Channel in Terra Sirenum

This image shows a series of knobs, channels and inverted channels in the ancient southern highlands of Mars.

The inverted channels, which now appear as sinuous ridges, are filled with a fractured light-toned material that is also apparent in the knobs and nearby bedrock . Previous analyses of the infrared data from TES and THEMIS of similar materials in Terra Sirenum and elsewhere on Mars suggest that these light-toned materials are deposits of chloride salts such as sodium chloride (ordinary rock salt).

Salt deposits are key targets in the search for ancient life on Mars, because they represent places where bodies of liquid water may have ponded and evaporated. The salt forms an ideal setting in which to preserve signs of biological activity. The clear association of the salt with the sinuous channels visible here suggests that the material was precipitated from brines that once flowed through these channels. The fractured surface of the deposits is consistent with cracking by desiccation (rapid drying) of the thick salts as they were deposited. 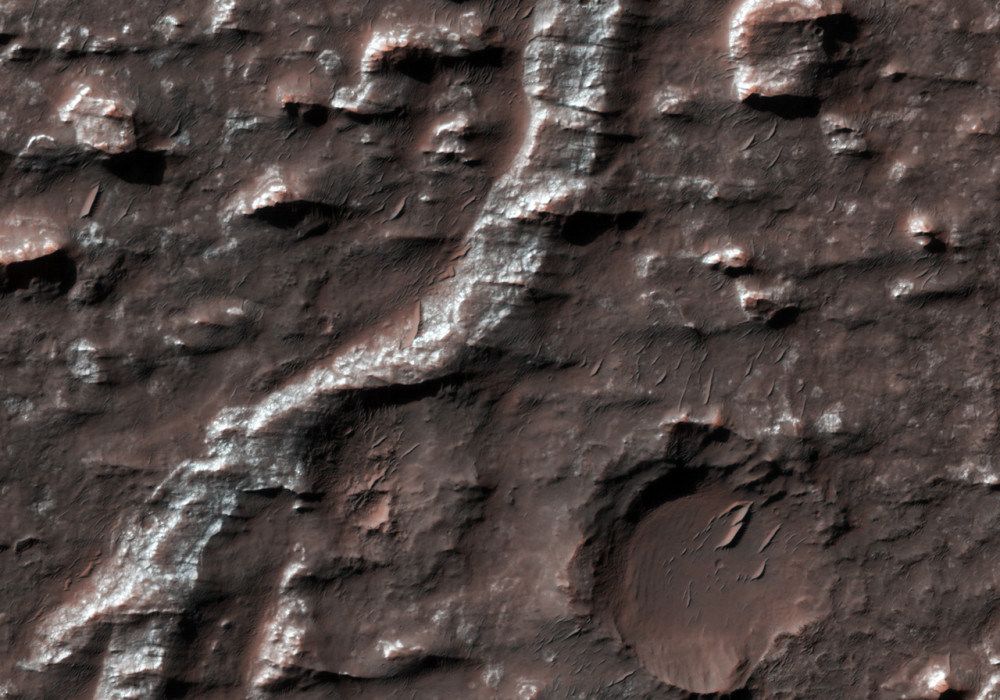