This image shows part of the surface of Chryse Planitia, near the mouth of several of the giant outflow channels carved by massive floods. At this location the channel is much too large to be seen within a HiRISE image, and this shows an area of level plains near the mouth.

Two geologic units are visible at this site: a relatively dark expanse in the southern part of the image, and a light, slightly higher-standing area along the northern edge. The light unit may be material that has flowed out from below the surface in a process called mud volcanism. However, many aspects of the history of the northern plains of Mars remain uncertain.

A few other prominent features are present. A long trough with aeolian (wind-blown) ripples runs through the eastern part of the image. This feature likely formed by contraction of the surface layer. This must have occurred after the formation of the light material since it cuts through the light unit in the northwest part of the image. There is also a large mound which appears to bury part of the trough, and thus is even younger. Alternatively, two troughs could both terminate at the hill.

Despite the resolution of HiRISE, the nature of this mound is still unclear. It has a rugged surface, which might mean that it has been eroded enough to remove indications of its origin.
Written by: Colin Dundas   (30 December 2007) 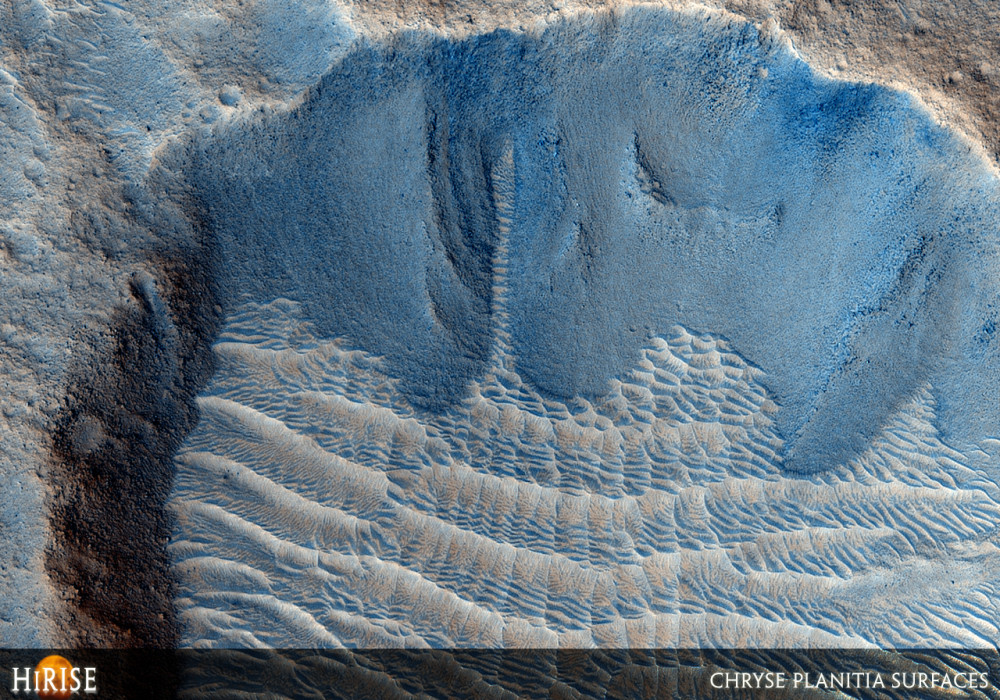