This 4 kilometer diameter feature near the edge of the South polar residual cap was recognized in Mariner 9 and Viking Orbiter images taken in the 1970s, but its origin could not be inferred. It was therefore targeted for HiRISE stereo imaging.

The bright areas in this image are covered by carbon dioxide frost, and the “swiss cheese” terrain typical of the south polar residual cap covers much of the imaged area. The dark walls of the circular depression do not have as much frost on them, and are fractured in a polygonal pattern. Apparently the surface of the walls has been extensively modified by thermal expansion and contraction of water ice.

It also appears that the “swiss cheese” terrain of the residual cap has buried the floor of the circular depression, as well as the terrain surrounding the feature, making it difficult to infer the origin of this depression. Its circular symmetry is consistent with an impact origin, but there is no evidence of a crater rim or ejecta (perhaps because they have been buried). The depression may have formed by collapse, but there is little evidence of extensional fractures that would be expected around a collapse pit. Analysis of HiRISE stereo data may help the interpretation of this feature. 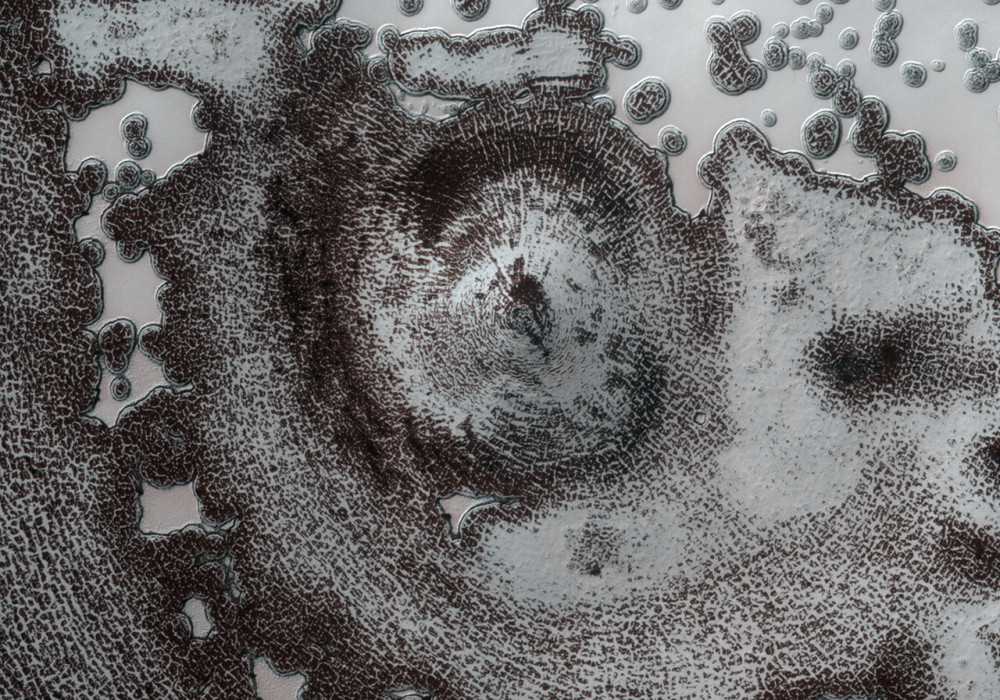