This region is near one of the proposed landing sites for the upcoming Mars Science Laboratory (MSL) rover. Though this view is not the same as what the human eye would see, it is clear from this image that there are many varieties of color that are attributed to variations in the minerals and rock types in this location.

The bright, light-toned bedrock is highly fractured and has been covered by reddish dust in some regions. There are also dunes that are forming in low spots around the knobs, or mesas, of rock. The CRISM instrument has also acquired images over this region and has shown that the rock in these mesas and knobs contain clay minerals, many of which contain iron and magnesium. These clay minerals also contain water.

One theory to explain the fractured rock is that some water was removed from the clays, causing them to contract, or shrink, and this caused the rock to break. This process is similar to the one that causes cracks to form in mud as it dries on Earth. However, there are other possible ways to form fractures and scientists are currently trying to understand which of these processes caused the fractures observed in the clays on Mars. 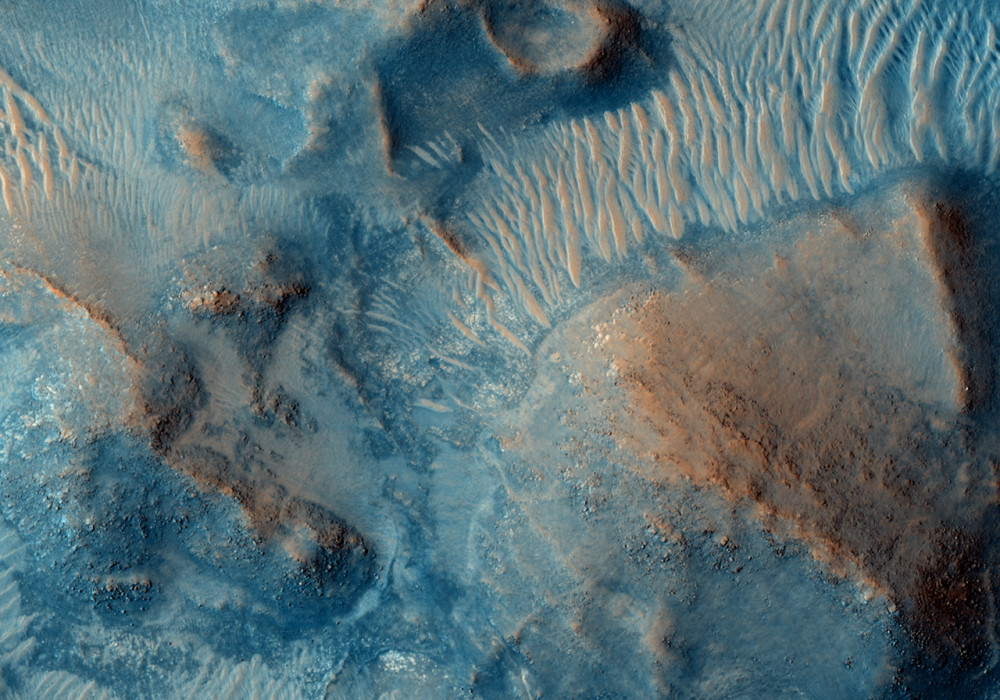