The Bosporos Montes make up part of the rim of the giant Argyre impact basin on Mars. The Compact Reconnaissance Imaging Spectrometer (CRISM) identified this as a location with clay minerals. Such minerals contain water and may have formed under conditions favorable for life.

This HiRISE image was taken to support the CRISM Team’s investigation of this area. While HiRISE does not have the ability to identify minerals the way CRISM can, the enhanced colors in this image are similar to those seen in other clay-containing parts of Mars.

The light-toned mesas and plains are crisscrossed with small fractures that could have formed as a muddy clay deposit dried. However, this material is strong enough to form boulders where it has been hit by impact craters. 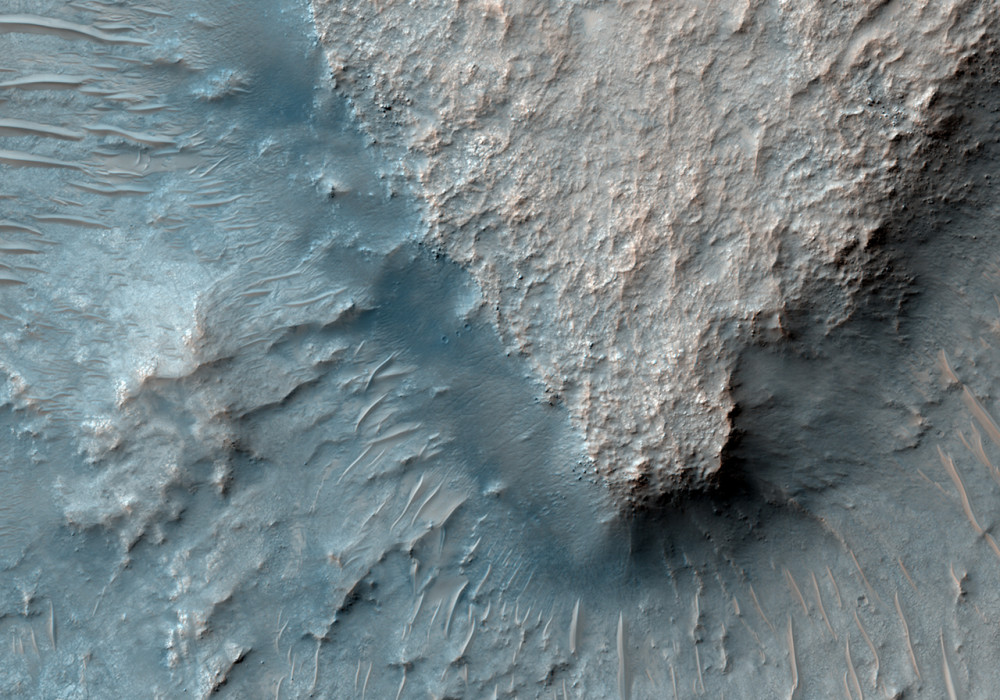