Mawrth Vallis, one of the oldest valleys on the Red Planet, was one of the final four candidate landing spots for the Mars Science Laboratory and for good reason: there are clay minerals here that most likely formed in the presence of water.

This particular image is part of a collection of observations to support assessment of potential future rover landing sites. The region is rich in aluminum- and iron-bearing clays. 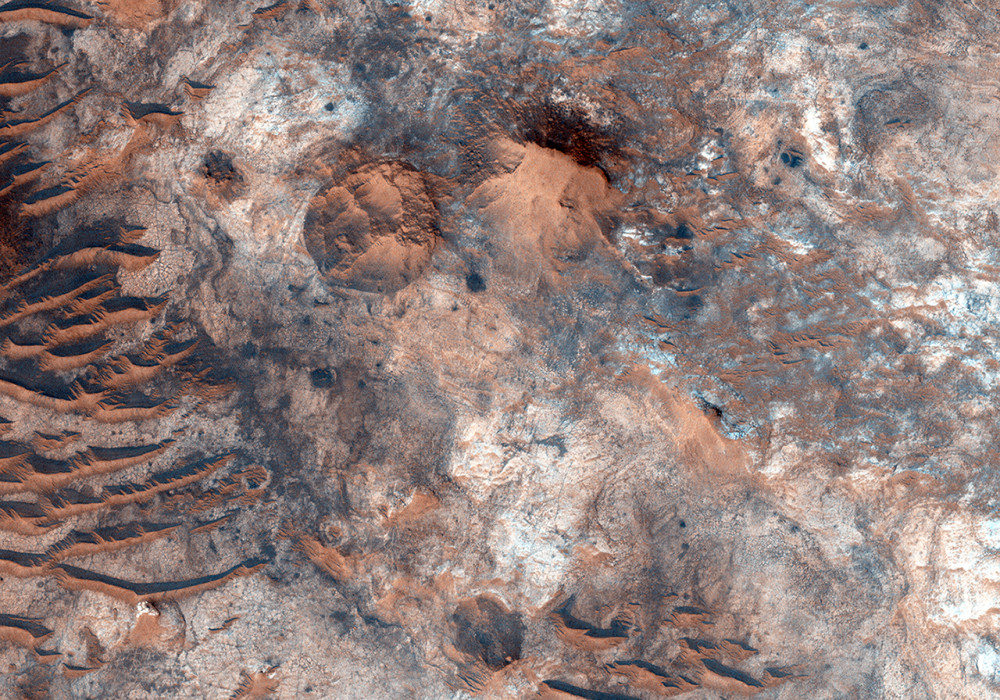