This image shows the southern part of a dune field in Nereidum Montes, which is being monitored for changes in dune and ripple positions.

Many of the dunes in this image are overlying steep slopes. The slopes are dipping to the south, yet the dunes, as evidenced by the north-facing orientation of their steep slip faces, are being blown upslope, to the north. Such “climbing dunes” have been found elsewhere on Mars, such as in Valles Marineris and in this case, indicate relatively strong southerly winds.

A close-up image shows one of these slip faces. In addition, several apparent landslide troughs are present. These are interpreted as sand that has slumped down the slope. Subsequently, the wind has remobilized some of the sand and formed climbing ripples within the troughs. This and other HiRISE images show the dynamic interplay between wind and gravity, two of many processes occurring on Mars today.

(Note: view an unannotated version of the subimage with scale bar. ) 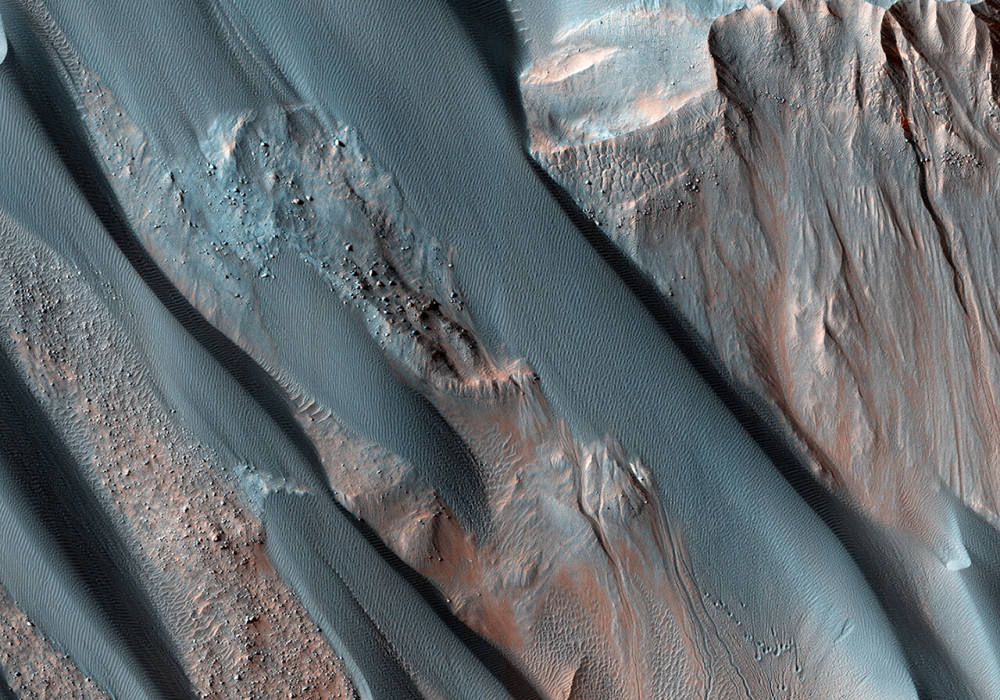