The ground appears to have a linear pattern (somewhat easier to see viewing the entire image at once ) extending from the bottom right to the top left of the image. The linear pattern of the light bedrock is especially evident in nighttime infrared images, where it appears as a series of bright streaks. The pattern points directly back to Hale Crater. It is most prominent near the crater, outside of the Argyre basin, but a hint of it extends almost to Vallis Marineris, over 1,000 kilometers (600 miles) away.

This image shows areas of bedrock (light areas) that appear to have been grooved or scoured in a uniform direction. Superimposed on this in the low-lying areas are dark areas that consist of small ridges trending in the opposite direction to the scoured bedrock. The dark areas are sand and dust, and the small ridges are aeolian bedforms (that look like linear sand dunes, averaging approximately 100-300 meters, or 300-1,000 feet) that cross the image.

The suggestion that the pattern arises from bedrock that has been scoured along a linear trend away from Hale Crater is interesting because an outward-expanding blast of pulverized debris known as a base surgeis thought to be one of the features associated with the formation of impact craters. Images such as this may be evidence that base surges are an important part of the impact process. 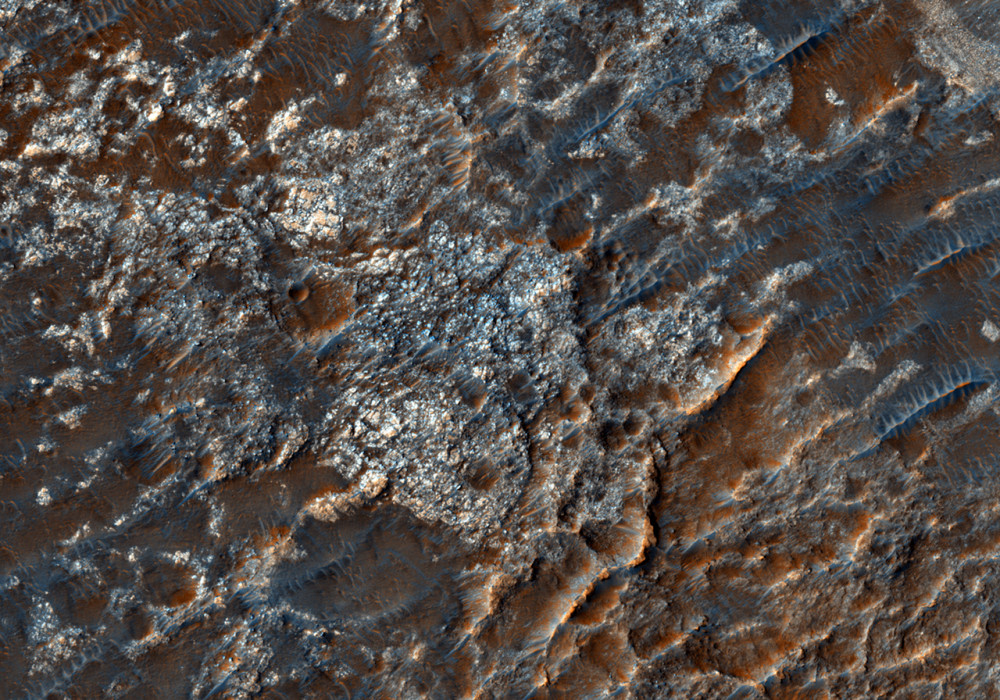