This observation shows a candidate 2018 European Space Agency ExoMars landing site in Hypanis Vallis. Instead of imaging ancient fluvial deposits (thought to be the remnants of a delta feed lake), the image shows patchy concentrations of dust clouds .

These clouds are part of the annually occurring Acidalia storm track, a regional dust storm system that originates in the Acidalia-Chryse-Kasei region and propagates southward into equatorial Valles Marineris and beyond. While this image is only partially obscured by dust, many others captured around this time frame were completely dominated by think clouds of dust. For example, this image in Capri Chasma was rendered useless for geology and will have to be reacquired.

Landing by the ExoMars rover in these kinds of atmospheric conditions would be complicated. That mission is set to touchdown on Mars in January 2019, hopefully with clear skies. HiRISE will continue to image Hypanis Vallis and other interesting sites on Mars despite the changing weather. 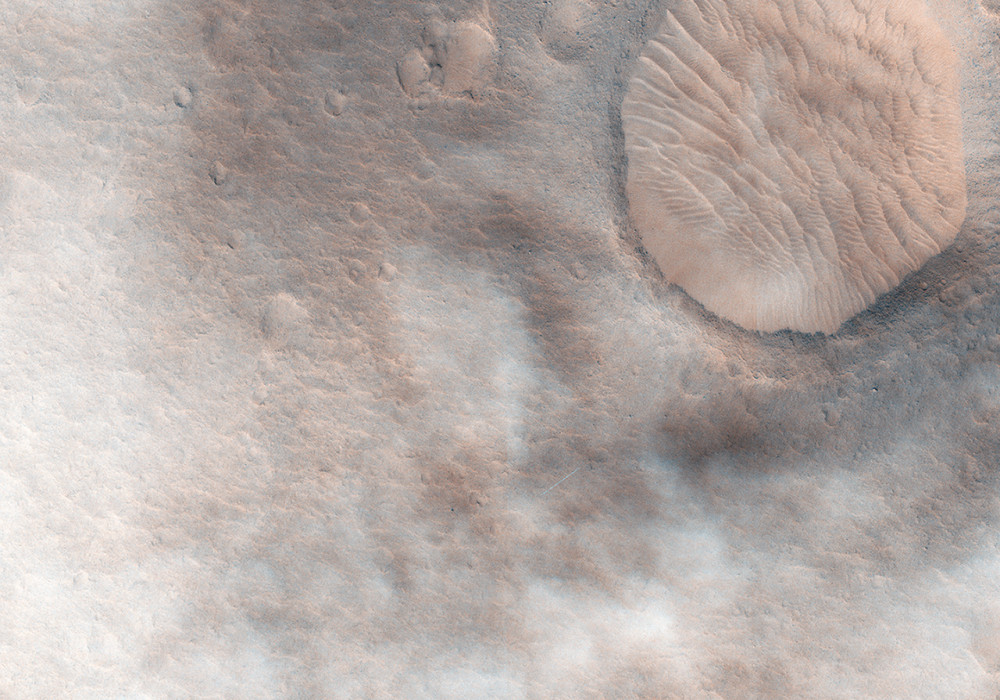