This observation was taken to see if the cluster of pits were formed by the interaction of hot lava with water. Such pits and cones have been found in this region, most likely because there was significant ice in the ground when a large lava flow inundated the area.

However, in this case, HiRISE reveals that the circular features are a mass of impact craters (note that the word “crater” is used by geologists for holes formed by volcanic, impact, and other geologic processes). The tight clustering of these craters is unusual. The most likely explanation is that they were formed by a clump of material thrown out from a larger impact crater nearby. As such, they are called “secondary” craters with the larger source crater called a “primary”. This HiRISE image covers too small an area to identify the primary. 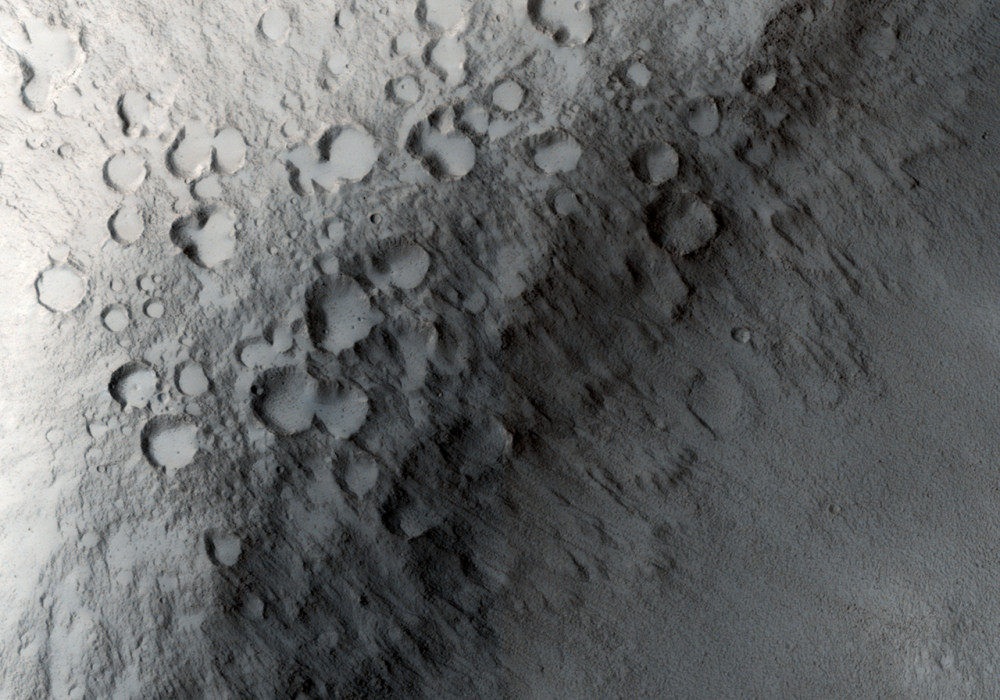